A Long and Winding Channel in Tharsis

The Tharsis region of Mars is covered in vast lava flows, many with channels. Some channels, however, resemble features that may have been formed by water.

In this image, we see a smooth, flat-bottomed channel within the roughly irregular edges of a possible lava flow. This long, winding channel runs for 115 kilometers (70 miles) from its source (shown in ESP_045091_2045 ), maintaining a nearly consistent width. There is also a streamlined island within the channel , which is 1.25 kilometers (about 3/4 mile) long.

One possibility is that a lava flow formed, and later groundwater was released, preferentially flowing through and further eroding the pre-existing lava channel. Or, the original lava flow could have been very low-viscosity, meaning it had less resistance to erosion. We look at the shape and profile of the channel, and the channel and lava flow edges, to understand the characteristics of the fluids at work. Although there are lava flows and rivers on Earth that we can observe to understand the processes at work, the interplay of the features on Mars may tell a more complicated story.

We want to be able to understand the history of volcanic activity in Tharsis, as well as possible interaction with ground water release, to better understand some of the younger landforms on Mars. 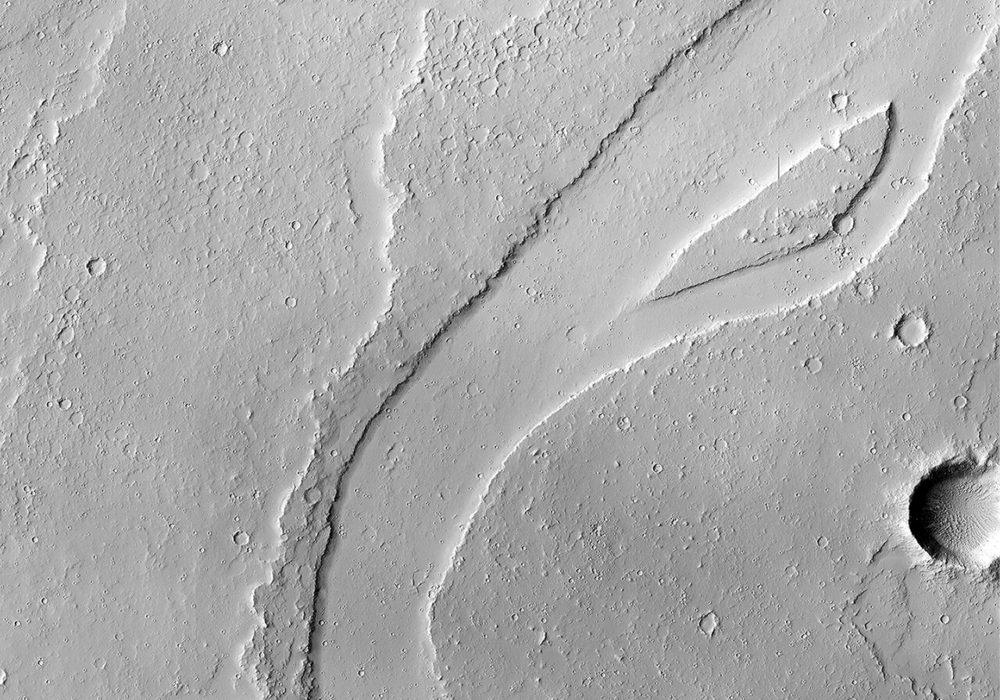