Differential Compaction around a Crater Peak

This image shows a central peak that is surrounded by a ring-like graben feature and relatively flat terrain. Does the graben show evidence of what geologists call “differential compaction?”

Compaction refers to sediment that is originally porous and is covered up by other sediment (called “loading”) that reduces that porousness. In other words, sand particles are pushed closer and closer together. Differential compaction is when there is variation in the thickness of a given area that creates uneven surface and has different degrees of porosity. The presence of the graben might be a clue to the formation of such unevenness. 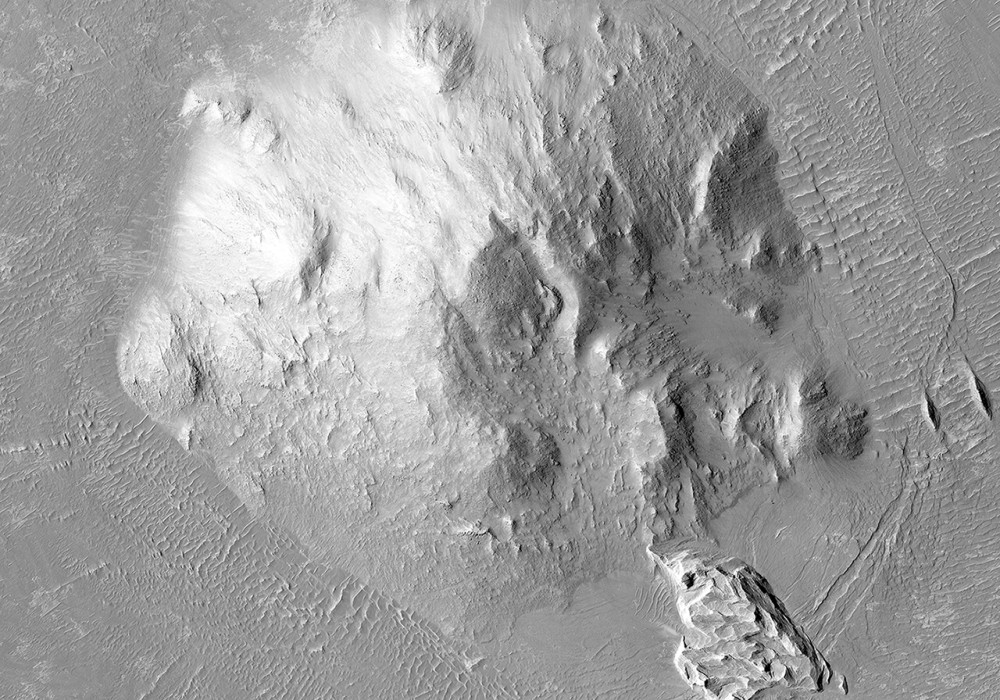