This image shows an interesting collection of kilometer-scale craters with flat and smooth floors. The craters themselves may be the result of secondary impacts, craters caused by debris from a distant larger impact. Since then, the surface has been significantly modified and reworked, muting the craters and flattening their floors.

Presently, there are a few sand dunes and a broad overlay of a dusty soil mantle. This soil mantle occurs over much of the middle latitudes of Mars. Here, as elsewhere, the mantle covers these craters, but a closer inspection reveals that its smooth texture becomes significantly pitted and bumpy on the pole facing slopes of each crater interior wall.

It has been hypothesized that this pitting of the mantle is the result of the evaporation of shallow ice. As subsurface ice is lost, the removal of this bonding ice cement allows soil grains to be eroded by the wind. Then the resulting deflation of the soil forms the observed pitted textures. Alternatively, the loss of relatively pure underground ice deposits would cause a reduction of the surface soil and collapse to form the same textures. 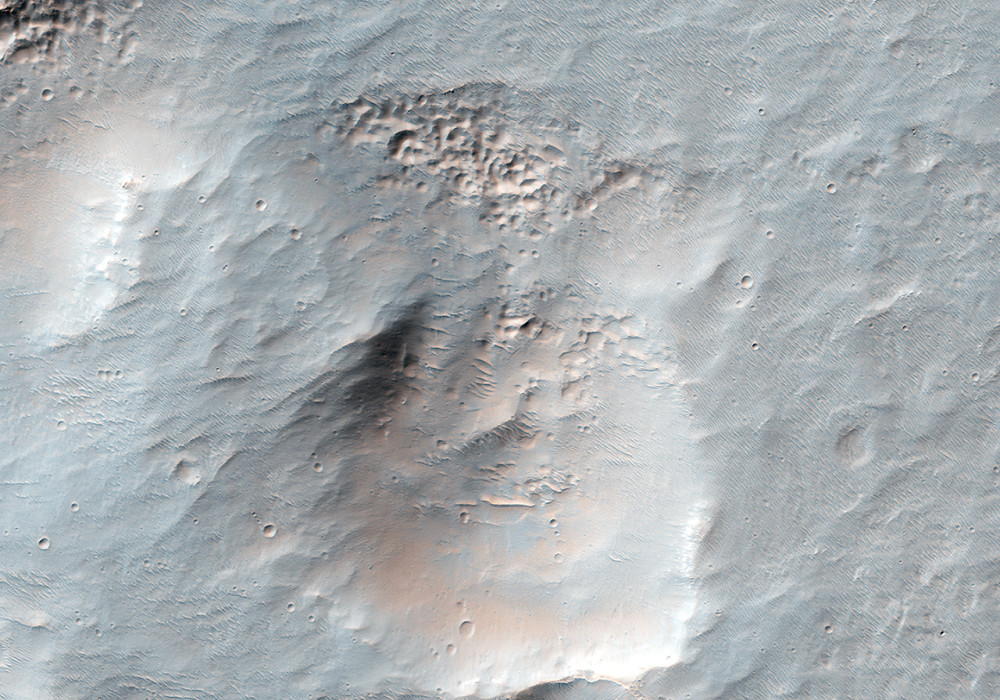