Unusual surface patterns near the center of Moreux Crater suggest a complicated history of glacial flow. A series of ridges and troughs originating from the crater’s central peak to the west of this image terminate in this area in a jumble of twisted patterns and circular depressions.

The superposition of impact craters and sand dunes on top of these ridges and troughs suggests that the flow patterns are old and that any ice may be largely gone. The round depressions may have formed when large sections of relatively clean ice were left in place to melt or sublimate (evaporating ice directly to gas). The ridges would be analogous to moraines in Earth glaciers, formed from rock and debris mixed with the ice that flow with the glacier.

The complicated and twisting patterns indicate that the ice flowed into this area, which is at a lower elevation on the crater floor, and piled up behind itself as the flow stalled. Numerous boulders are also scattered over the surface of ridges and troughs. Boulders may have been carried into place with the ice and as the ice was removed, the boulders were left in place.Written by: Mike Mellon   (10 January 2008) 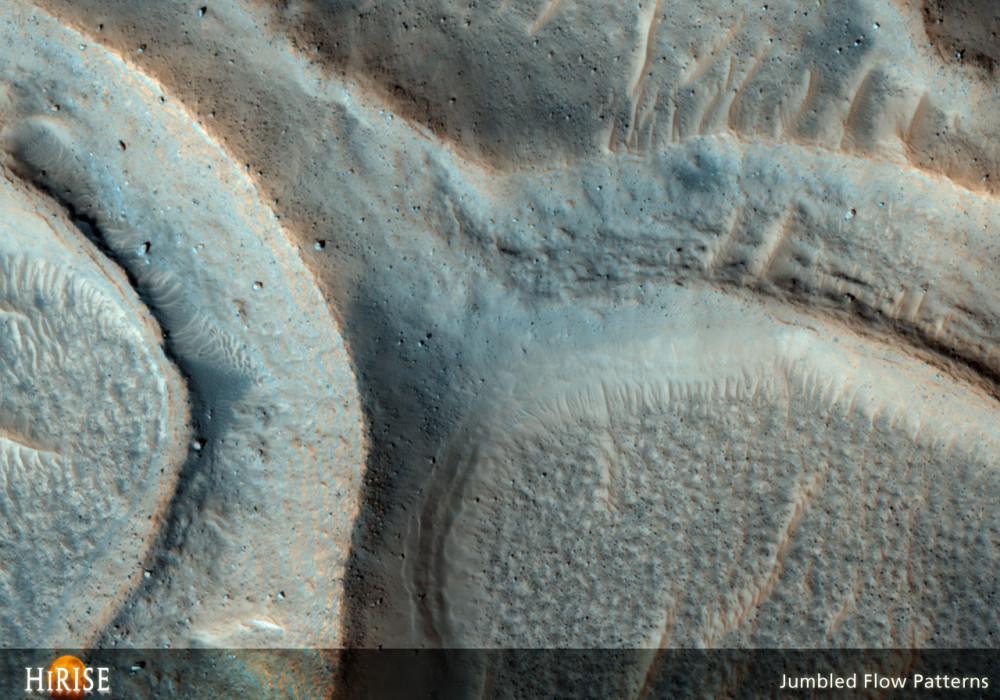