The full range of the image shows clear evidence for a thick series of bedrock layers along the walls of Ganges Mensa, located in the Ganges Chasma portion of the large Valles Marineris chasm system.

These layers are of relatively uniform thickness and can be followed over long distances. The walls have weathered into a series of ridges where the layers can be traced laterally across the topography. The depressions between the ridges are partially filled with wind-blown sediments that form distinct dune fields. 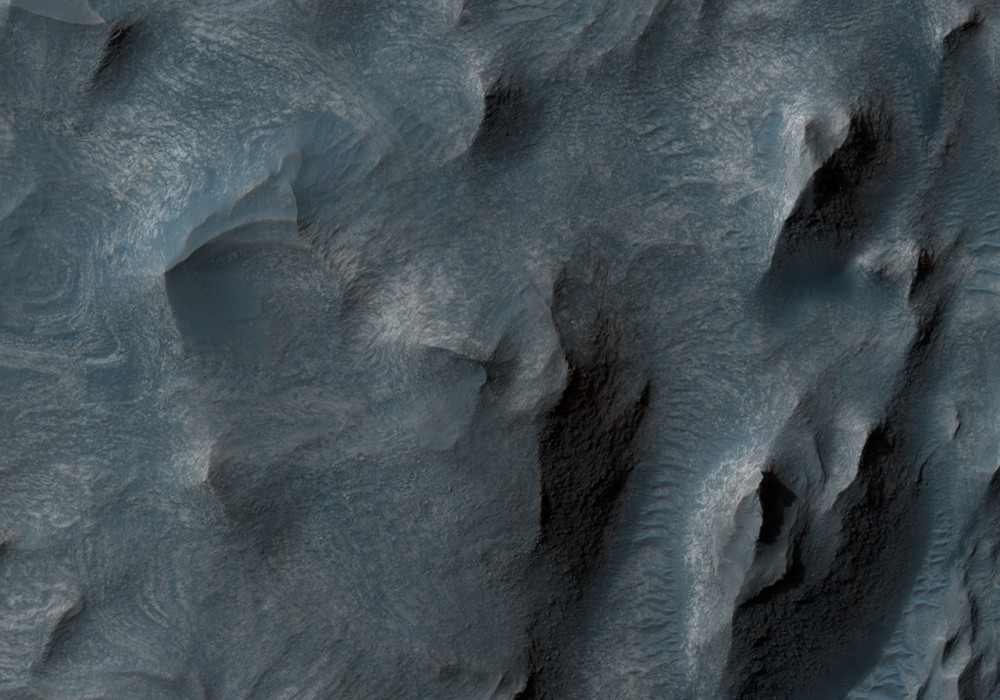