This image shows remnants of a mantling deposit on the floor of a crater in the Southern highlands of Mars.

The slope up towards the crater rim is visible in the lower right part of the image. The rough, hummocky texture may be related to loss of ice from material that was once ice-rich.

One goal of this image was to investigate the parallel lines that are visible around several of the large hummocks and hills in the image’s center . We’d like to determine whether these are layers that are present throughout the rock, or whether they are merely on the surface. In the first case, these may be the expression of buried bedrock layers. However, it is also possible that these are related to the mantling deposits, perhaps representing variations in the mantle.

At high resolution, the lines appear to be small ridges, that are either buried by or composed of the mantling material. In the best exposures, these ridges look like the edges of layers of the mantling material that was draped over the entire region and then eroded off the high places. This suggests the second hypothesis: we are probably seeing variations in the mantle, perhaps due to multiple cycles of material being laid down. 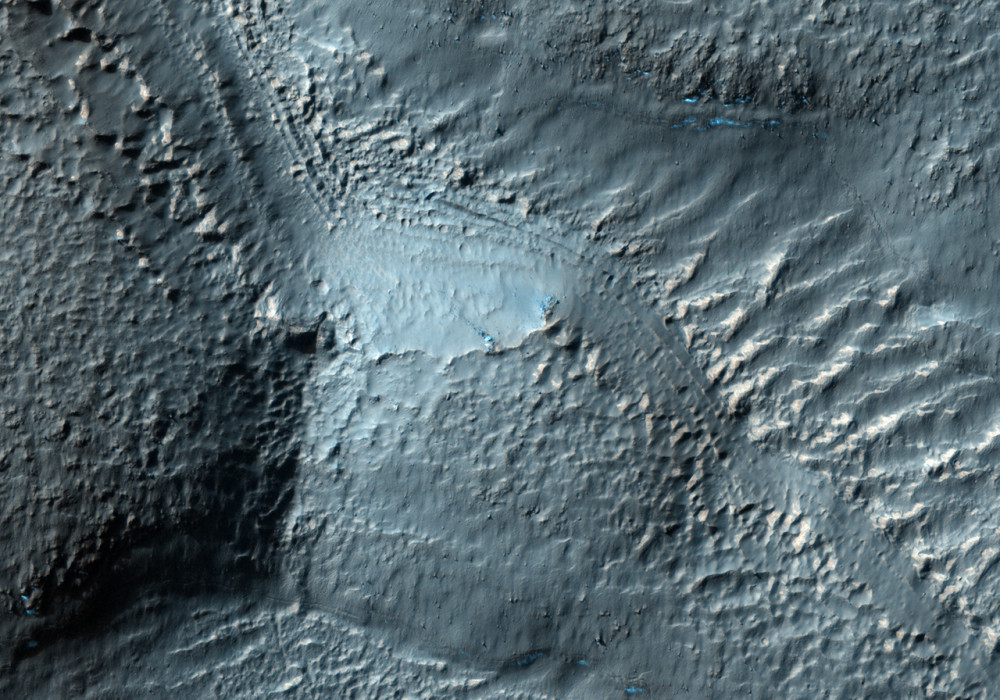