Although most of the craters HiRISE usually images are ancient, impact cratering is an ongoing process on the Martian surface.

While very large craters are rare, smaller ones with diameters of a few meters form on timescales rapid enough for Mars missions to confirm the presence of a new crater. Data from the Mars Orbiter Camera (MOC) on the (now defunct) Mars Global Surveyor, the Context Camera (CTX) on MRO, and HiRISE have dated craters to within a few years or even months, based on repeat images that show no craters in the earlier image and craters present in the later image.

Most of the new craters identified by CTX and HiRISE have been located in Mars’ dustiest areas, where a new impact will scour dust from the surface and reveal darker underlying rock. This color difference makes the craters easier to spot. Other, less dusty areas of Mars are certainly being bombarded as well, but the size of the craters makes them difficult to detect without stark color contrasts. Once a new dark spot has been identified by CTX, HiRISE will take a follow-up image to confirm that the dark spots are in fact impact craters.

Many of the newest craters are part of a crater cluster, like this one . This cluster is about 350 meters (almost a quarter mile) across at its longest, and the largest crater in the image is 5 meters (16 feet) in diameter. These clusters likely result from breaking up of the impactor before it strikes the surface. How widely dispersed the craters are depends on the strength and density of the impactor. Scientists can study these clusters to learn more about the object that created them. 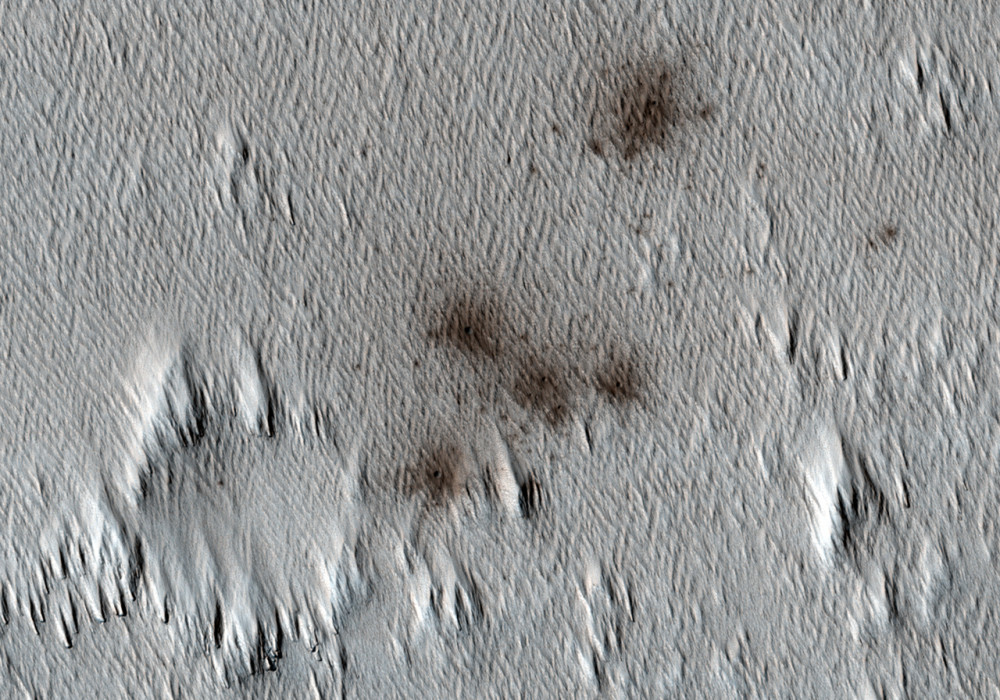