Seasonal flows on warm Martian slopes may be caused by the flow of salty water on Mars, active today when the surface is warm (above the freezing point of the solution) .

Palikir Crater, which sits inside the much large Newton crater, contains thousands of individual flows called “Recurring Slope Linea”, or RSL. In the Southern middle latitudes, RSL form and grow every summer in certain places, fading in late summer and fall.

A closeup view shows a comparison of RSL from one Mars year ago to a very recent image, over a small piece of Palikir Crater’s steep northwest-facing slopes. The new image shows RSL are slightly more extensive and longer than at nearly the same time of year a Mars year ago.

The older image was acquired with the MRO spacecraft pointed 6 degrees to the west of nadir (or pointing straight down), whereas for the new image MRO was pointed 17 degrees to the east of nadir. As a result, we are seeing the steeply-sloping surface from different angles, exaggerating the appearance of longer RSL in the new image, but if you carefully compare the flows to the topography, you can see that they really are more numerous and some are longer this year compared to the past Martian summer, just about 2 days later in the year.

The RSL are remarkably repeatable from year to year in this location, with differences perhaps related to the weather–mainly due to variations in dust content of the air. 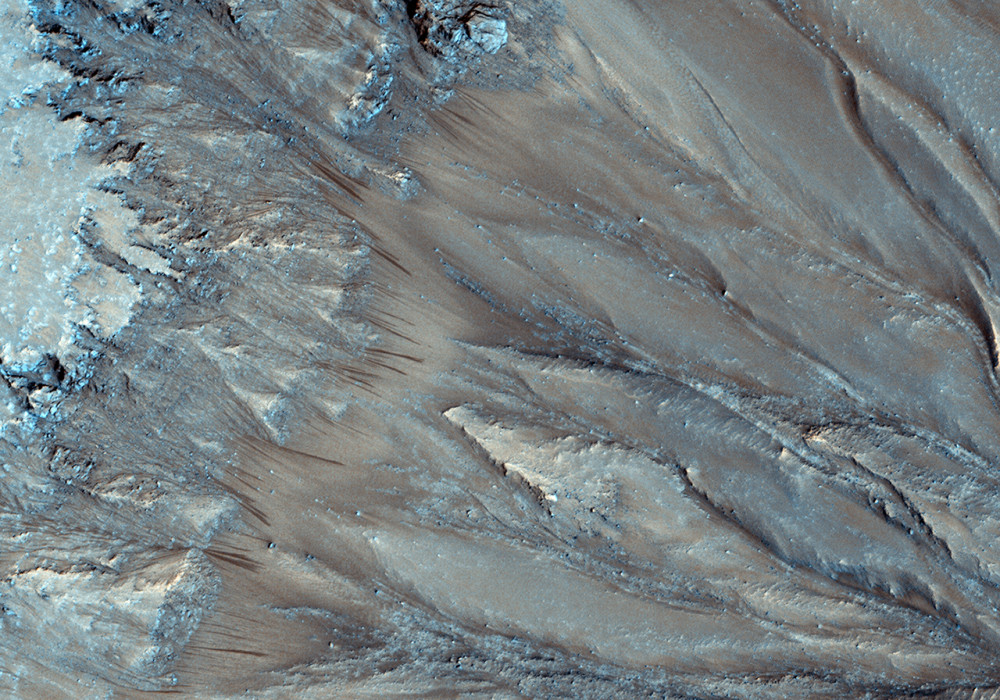