It is about two weeks later in Inca City and the season is officially spring. Numerous changes have occurred. Large blotches of dust cover the araneiforms. Dark spots on the ridge show places where the seasonal polar ice cap has ruptured, releasing gas and fine material from the surface below.

At the bottom of the image fans point in more than one direction from a single source, showing that the wind has changed direction while gas and dust were flowing out. Was the flow continuous or has the vent opened and closed? 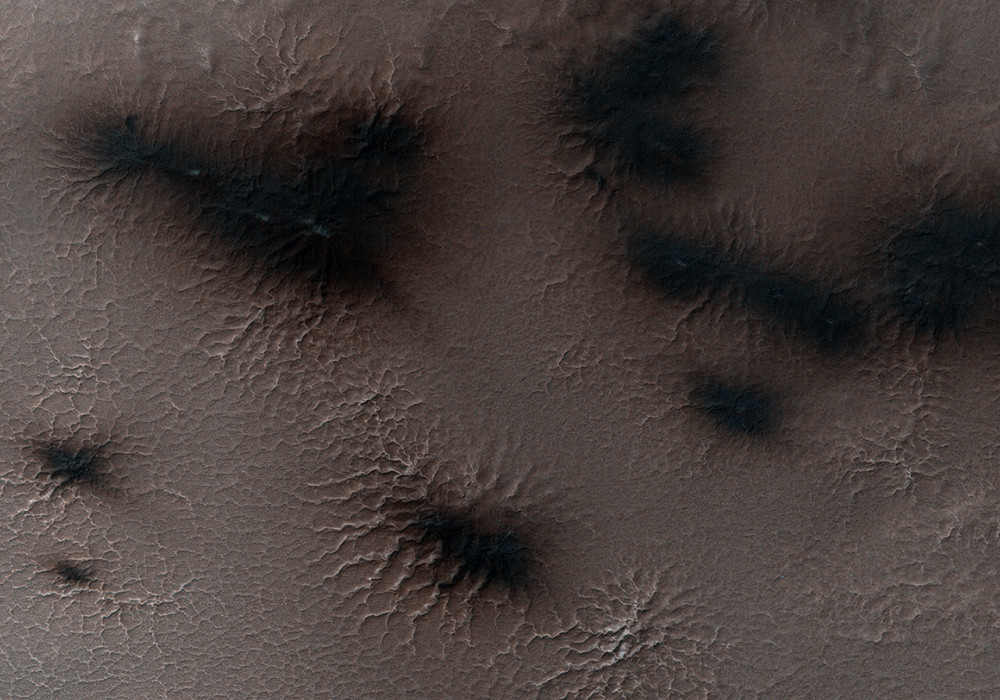