It is now late Northern spring on Mars, so the Southern middle latitudes get very low-sun illumination that accentuates subtle topography.

This image shows sand dunes mixed with rock outcrops on the floor of a large crater. Some of the dunes have squiggly crests, which is unusual. It looks like this is due to the outcrops, which anchor the dune in places as they migrate. 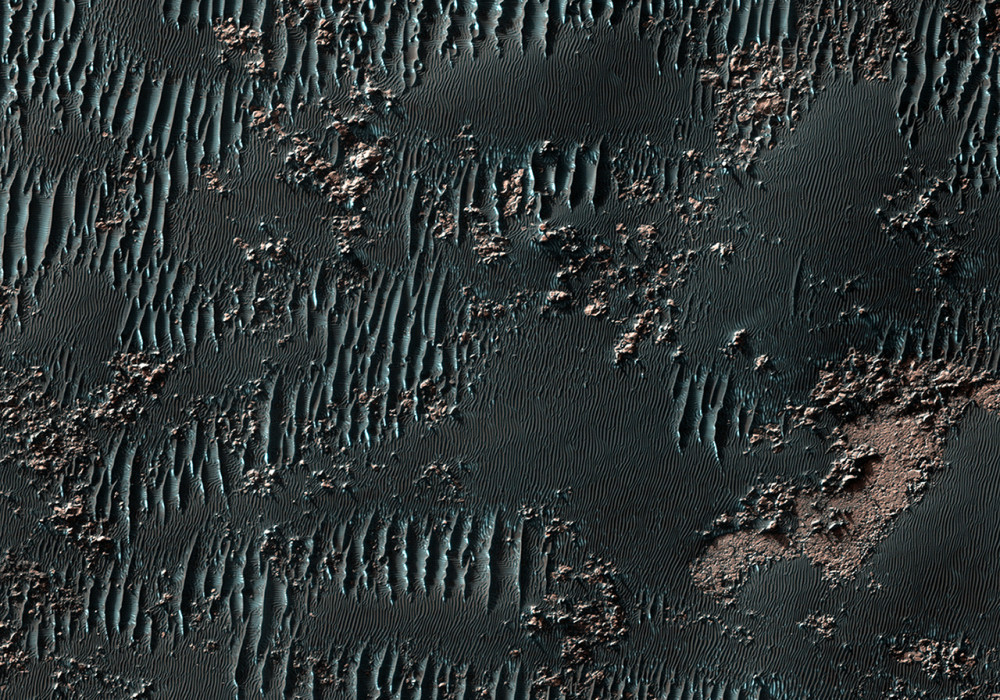