Impacts forming craters excavate holes deep into the ground, exposing rocks from far below the present surface. At the center of large craters, rocks from still further below can be uplifted, rebounding upwards during the last stages of crater formation.

This image shows the central pit of a large impact crater in the Southern highlands of Mars. The subimage reveals varied colors, suggesting that a range of rock types are present. Studies of these rocks from far below the surface help us to understand ancient Mars as well as the processes that have altered the rocks after they formed and were buried. 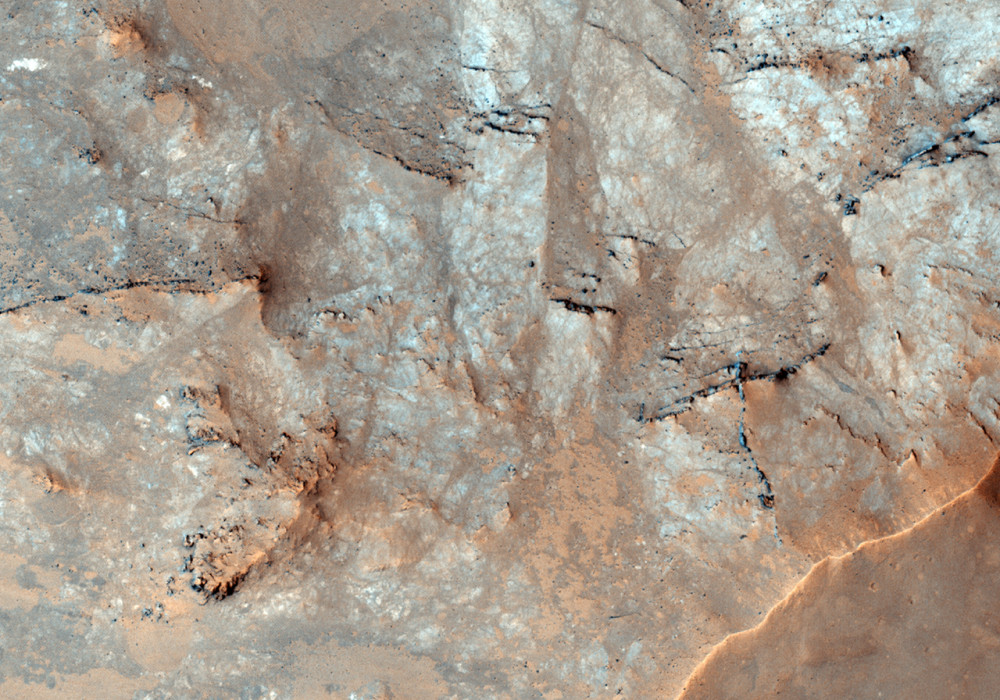