This image was acquired on 29 September 2006. The MRO spacecraft had just finished aerobraking—dipping into Mars’ atmosphere to slow down the spacecraft and circularize the orbit. MRO was now in the lowest circular orbit of any Mars spacecraft, with its altitude varying from approximately 250 to 320 kilometers.

When this image was released, it demonstrated that HiRISE would achieve the spatial resolution and image quality needed to revolutionize our understanding of Mars’ surface. The image shows diverse surface units (bedrock, sand, dust) and complex patterns of faulting in the bedrock. 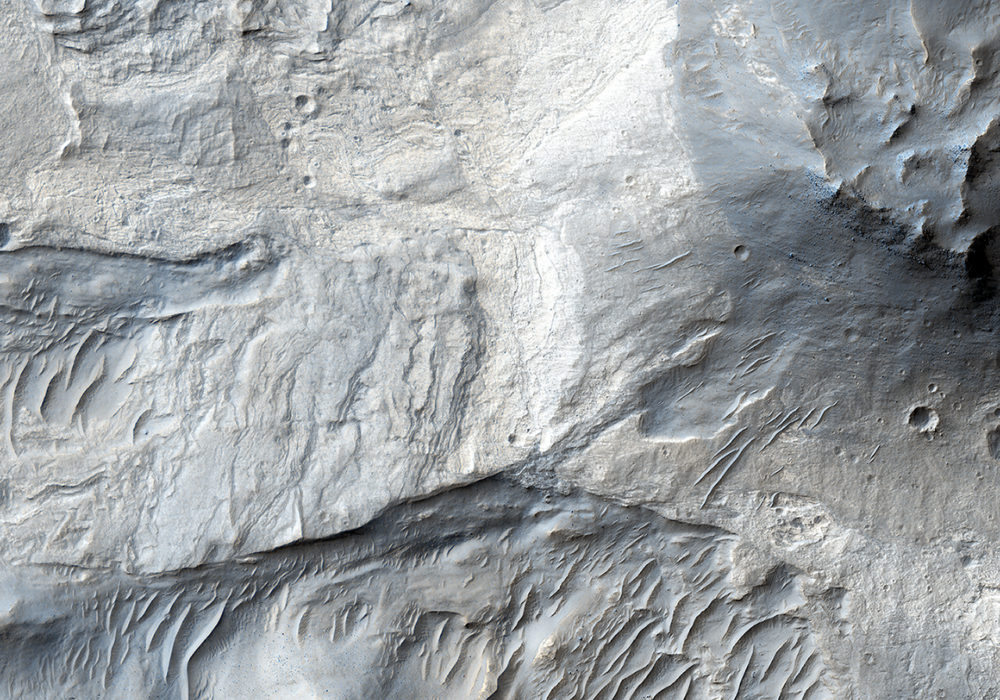