The 36 gullies referred to in the title of this observation were previously identified and fully described in a MOC image (M0303547). But HiRISE resolution can help to refine previous surveys.

Additionally, with the color swath, we can try to distinguish lithological (rock) units, and look for evaporite deposits (rocks formed when mineral-rich water evaporates) that might indicate past presence of water. 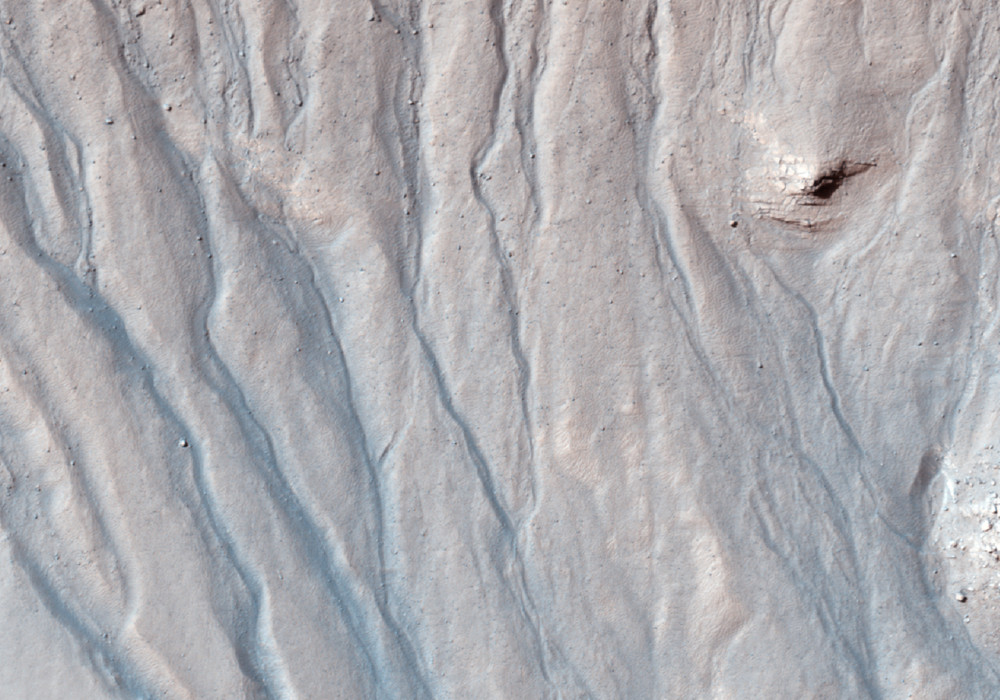