A Burst of Spring

In the winter a layer of carbon dioxide ice (dry ice) covers the north polar sand dunes. In the spring the sublimation of the ice (going directly from ice to gas) causes a host of uniquely Martian phenomena.

In this subimage streaks of dark basaltic sand have been carried from below the ice layer to form fan-shaped deposits on top of the seasonal ice. The similarity in the directions of the fans suggests that they formed at the same time, when the wind direction and speed was the same. They often form along the boundary between the dune and the surface below the dunes. 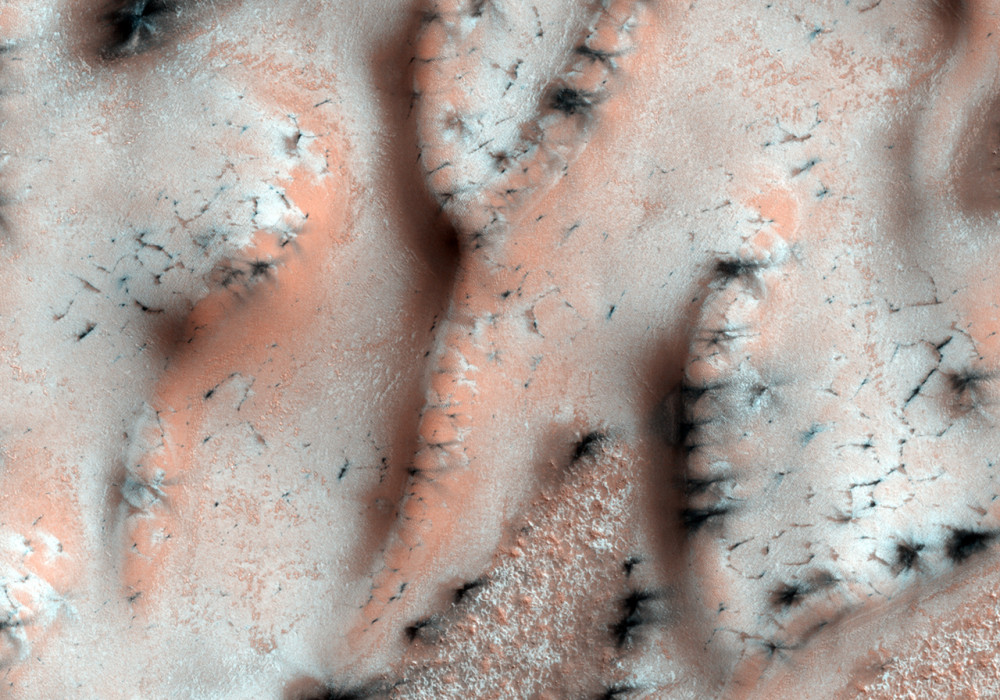