A Channel Emanating from a Crater

The origins of channels on Mars is of great interest to understand the history of water.

There are several large (more than 30 kilometers wide) craters on Mars that appear to have spawned channels, perhaps draining from the fresh, hot impact ejecta.

Visible here is a well-preserved (meaning geologically young) crater that is about 3 kilometers wide, and a channel that appears from the margins of the ejecta and flows to the south. Did this small crater generate this relatively large channel?

Most likely the channel was there first, and the crater is younger. However, the channel might have been generated by a larger crater to the northwest. 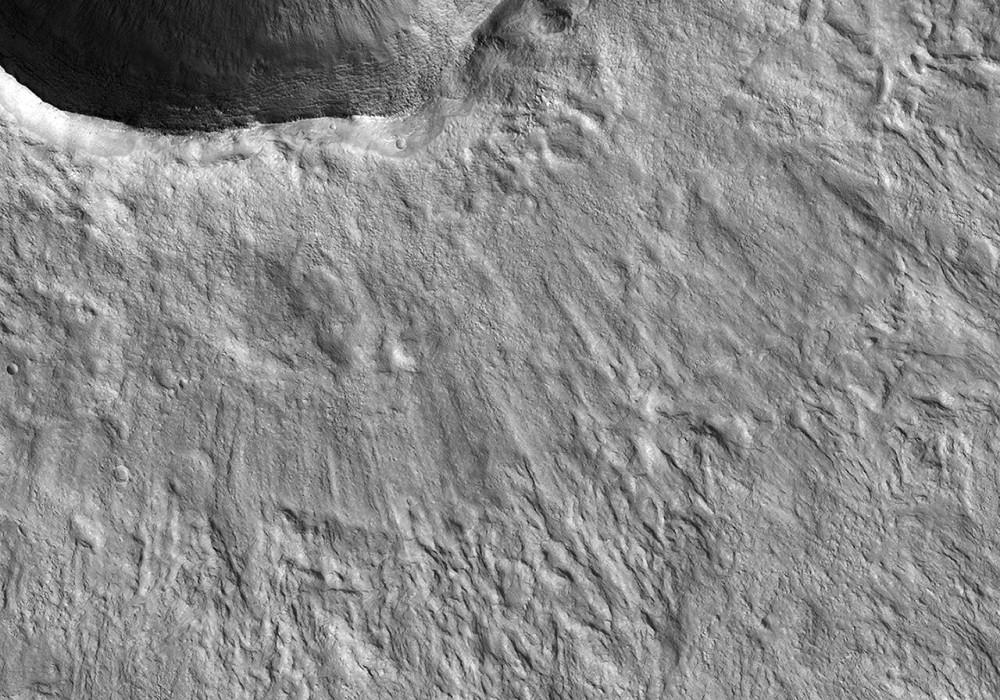