A Classic Bowl on Mars

The 4 kilometer (2.5 mile) diameter crater in this image appears relatively fresh, but not remarkably so. It’s not terribly small, or terribly large. It does have several nice gullies, the original justification for taking an image here, mostly in the shadowed portion of the crater walls. In addition, it is a very well-formed example of a simple bowl-shaped crater.

The reason for the term “bowl shape” is readily apparent from the HiRISE image, which shows a nearly circular, raised rim and steep, smoothly sloping walls. This form is representative of relatively small craters everywhere in the solar system: at larger sizes, the shape of the crater profile changes.

The diameter at which craters begin to transition from this simple bowl shape to more complex forms depends on the material properties of the surface and the surface gravity, but on Mars it is about 7 kilometers (not quite 4.5 miles). As crater diameter increases, peaks, pits, or rings of peaks start to form at the center, and the rim begins to slump into terraces. 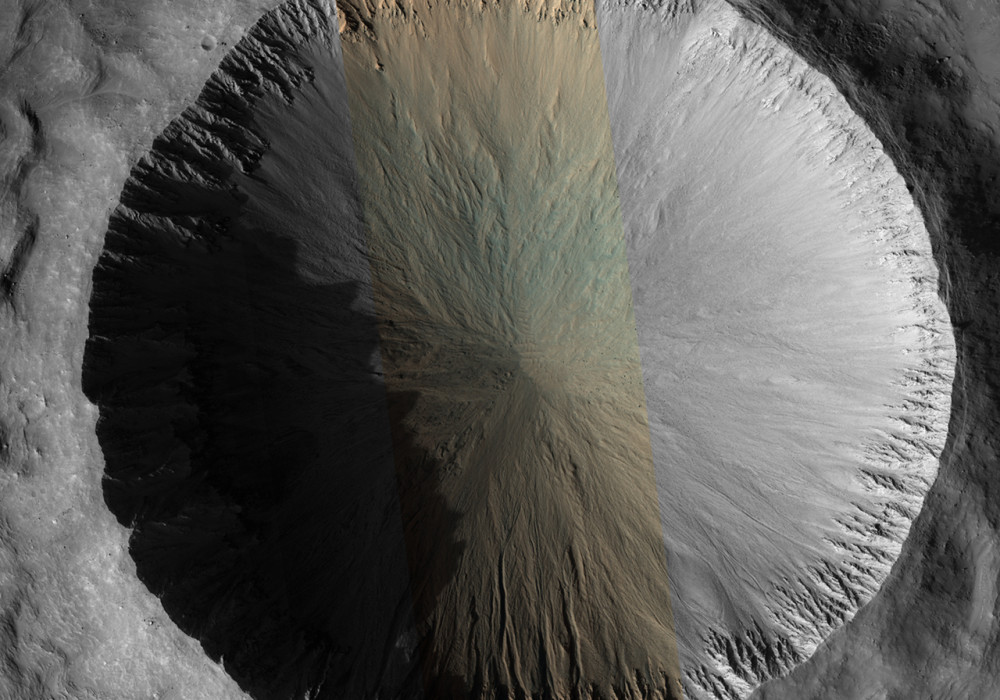