Many valleys occur all over Mars that reveal an extensive ancient history of liquid water erosion. While these valley systems are typically now covered with fine soils and sand dunes, the overall scale and shape of the valleys reveals much about the ancient climate.

The speed, volume, and extent of the flowing water can be apparent from how it interacts with obstacles. For example, large volumes of rapidly flowing water may overtop obstacles rather than be diverted around them. Or, a small stream flowing for an extend period may gradually cut downward through hard rock obstacles .

In this case, the valleys cut through a small, kilometer size impact crater. As it did so, the flow appears to have divided it into as many as three streams and then coalesced as it exited the other side. 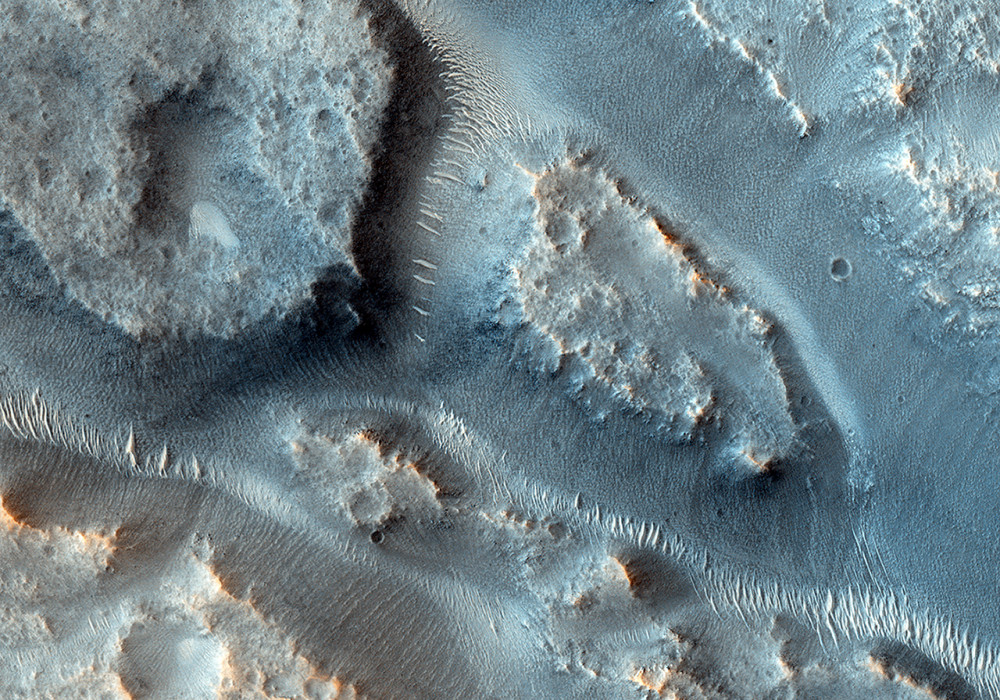