There are many hills and knobs on Mars that reveal aspects of the local geologic history.

Typically the hills in the relatively-smooth region surrounding this image are flat topped erosional remnants or mesas with irregular or even polyhedral margins. These landforms suggest wide spread erosion of the soft or weakly-cemented sedimentary layers.

This hill stands out because of is circular inverted-cone shape and apparent dark streaks along its flanks visible in lower resolution images. Close inspection from HiRISE reveals that the fine soils sloping down from the peak are intersected with radiating lines of rock and eroding rubble.

This formation is similar to lava intrusions that form in the core of a volcano. As lava is squeezed up into a central conduit, radiating fractures fill with lava forming rock units called dikes. As the lava cools inside the ground and in the fractures, it forms into a harder rock that is more resistant to erosion. Later, as the surrounding sediments and soils erode, the resistant volcanic rock remains standing to tell a story of what happened underground long ago. 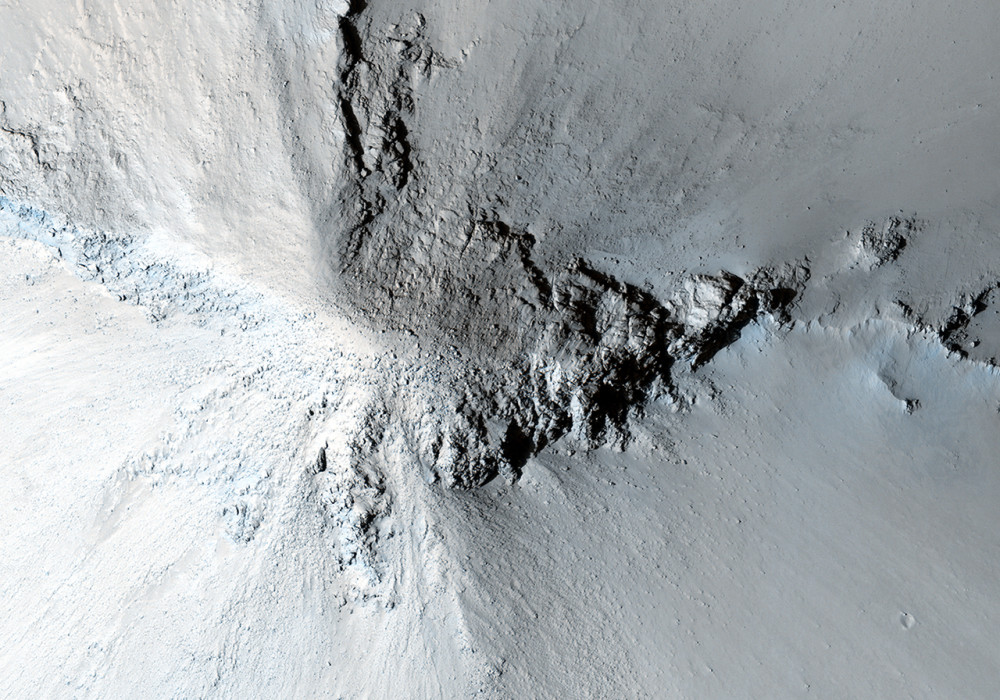