A Crater Gets Torn in Half

Planetary surfaces can be very complex and record many different events and modifications. Scientists try to reconstruct the history of these surfaces by looking to see how features overlap.

In this image you can see a circular impact crater about 2 kilometers (1.25 miles) across. Cutting through the crater is a trench running from the top of the image to the bottom. Geologists call these trenches “graben,” which actually means “trench” in German. They are formed when the surface stretches apart to the left and right forming cracks. When these cracks open a block of rock can drop downwards, this block is the flat floor of the trench you see here.

In this case, the crater existed first before the graben formed. Half of the crater rim is sitting on the trench floor while the other half remains on the surrounding high ground. Despite being torn in two by the graben, both halves of the crater are in pristine condition indicating that these features are all geologically young. 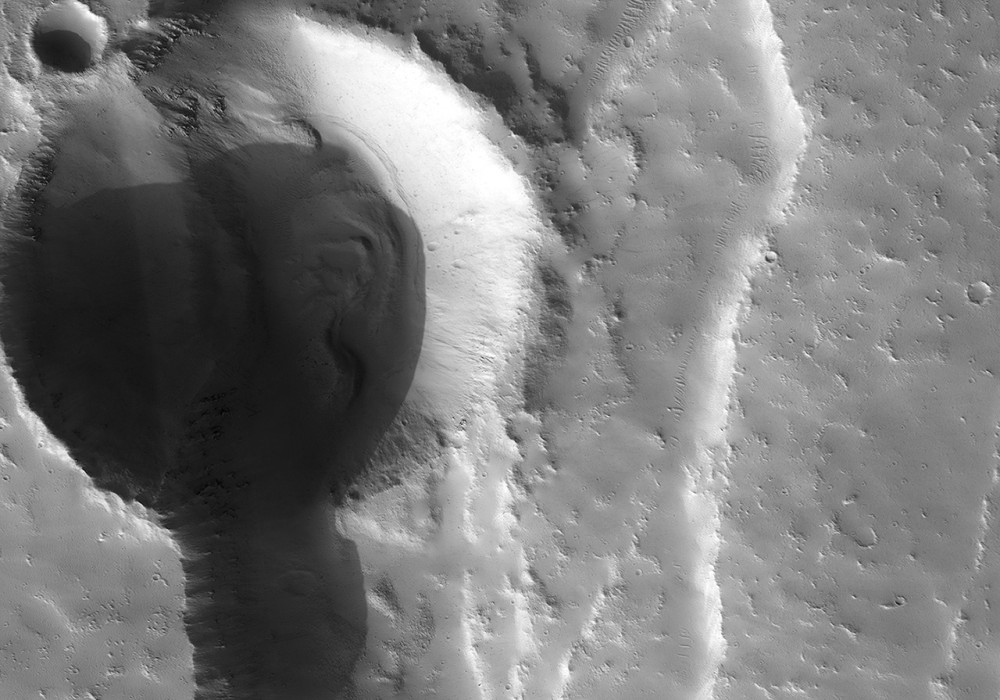