This image features a crater at the head of Dao Vallis, one of the Martian outflow channels that drains into Hellas Basin.

The outflow channels are believed to have been sculpted by giant floods of ground water erupting from the subsurface. The crater has a series of ripples on the west side of its floor that likely formed when gravity made ice-rich material slide off the crater walls into the center.

There are several small craters visible on the larger craters floor. Some circular features that no longer have raised rims are probably relaxed craters. Relaxed craters are more evidence that this was once—and might still be—an ice-rich area. 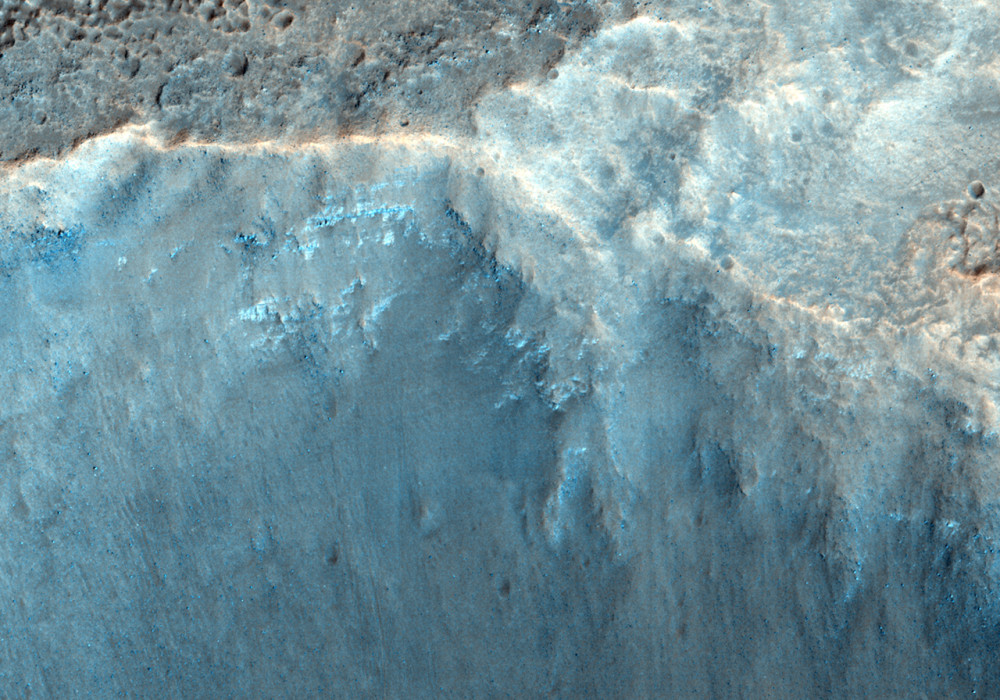