A Crater with a Surrounding Bench

This observation shows a crater with a surrounding bench. The crater’s original rim appears to have been eroded, but mainly above a resistant layer. It’s this sort of layering that gives the crater such a distinctive, “double-ring” appearance.

The image shows fine layering in both the bench and the inner crater walls. The interior of the crater–itself ringed by darker material–appears relatively featureless except for the ripples caused by wind. 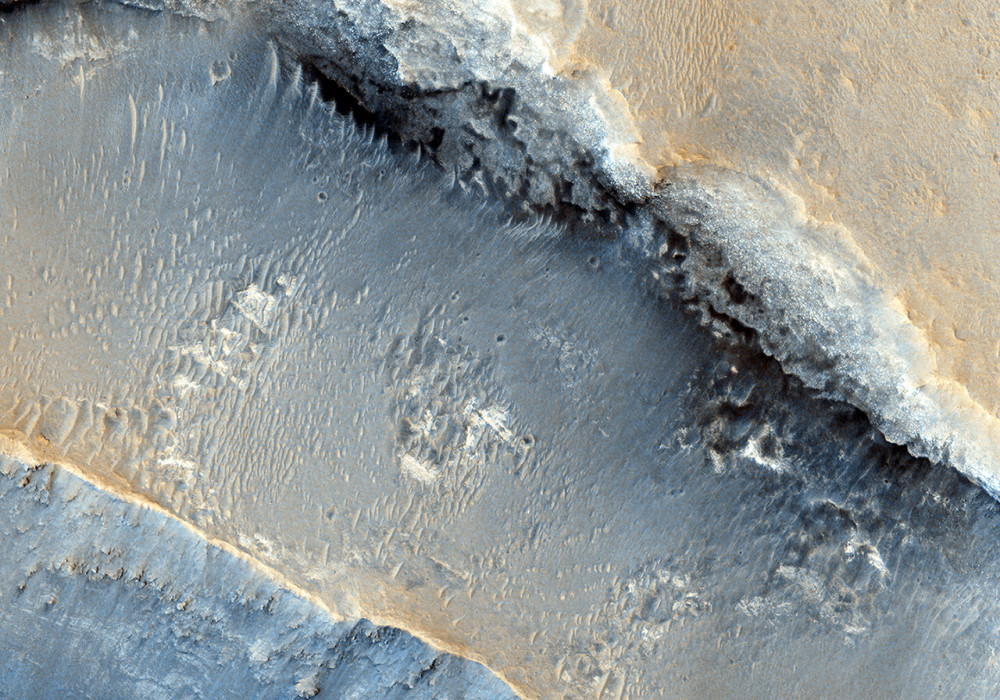