This image is from the high latitudes in the Southern hemisphere, about half-way through southern spring.

Just like on the Earth, the frost layer that accumulates over the winter will disappear as summer approaches and Mars heats up. However, most of this frost is not made of water ice and snow—on Mars, most of the frost/ice is made of carbon dioxide (also known as “dry ice”).

This material will not melt, but instead will go directly from solid into vapor (a process called sublimation) as it heats up (above approximately 147 K, which is -195 F, or -126 C). In doing so, it’ll create all sorts of interesting landforms .

In this image, we can see sublimation spots (small spots where the frost/ice has sublimated away, exposing the darker ground). We also see small fans, which form when jets of gaseous carbon dioxide erupt through a weak spot in the surface ice, ejecting dark surface material that then gets smeared across the surface by the wind (so the different directions of the fans show us how the wind varies across this landscape).

Large darker “flows” are also visible; these are avalanches of material that extend downslope (and scientists are still debating if flows are dry or wet features). In the next few weeks, more of these features will appear and grow, until Mars heats up enough for all of the frost and ice (and sublimation features) to disappear. 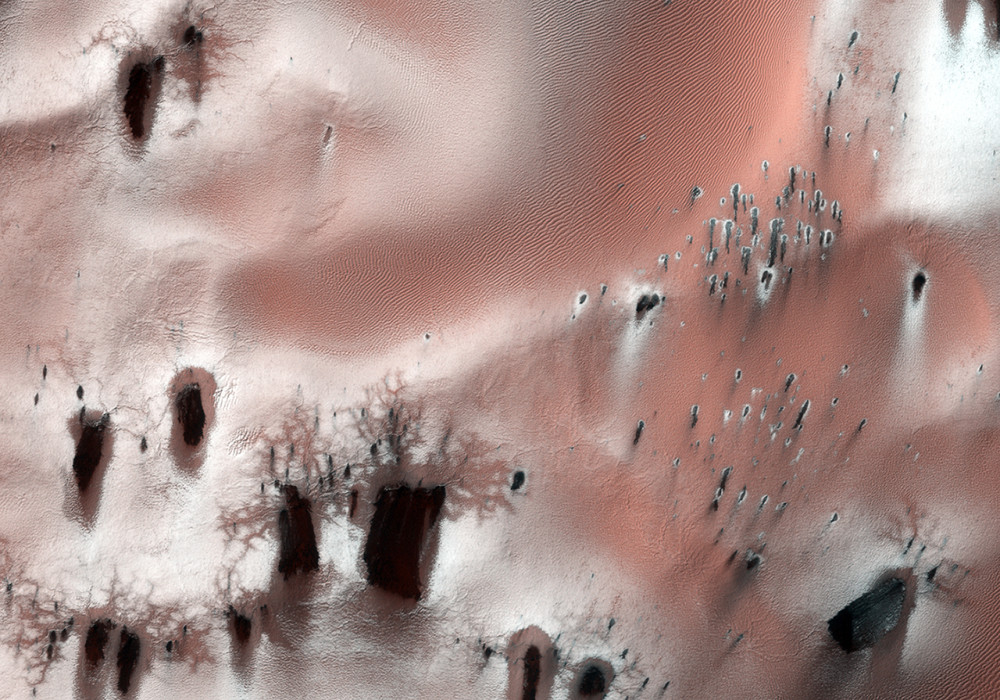