The broader scene for this image is the fluidized ejecta from Bakhuysen Crater to the southwest, but there’s something very interesting going on here on a much smaller scale.

A small impact crater, about 25 meters in diameter, with a gouged-out trench extends to the south. The ejecta (rocky material ejected from the crater) mostly extends to the east and west of the crater. This “butterfly” ejecta is very common for craters formed at low impact angles. Taken together, these observations suggest that the crater-forming impactor came in at a low angle from the north, hit the ground and ejected material to the sides.

The top of the impactor may have sheared off (“decapitating” the impactor) and continued downrange, forming the trench. We can’t prove that’s what happened, but this explanation is consistent with the observations. Regardless of how it formed, it’s quite an interesting-looking “dragonfly” crater! 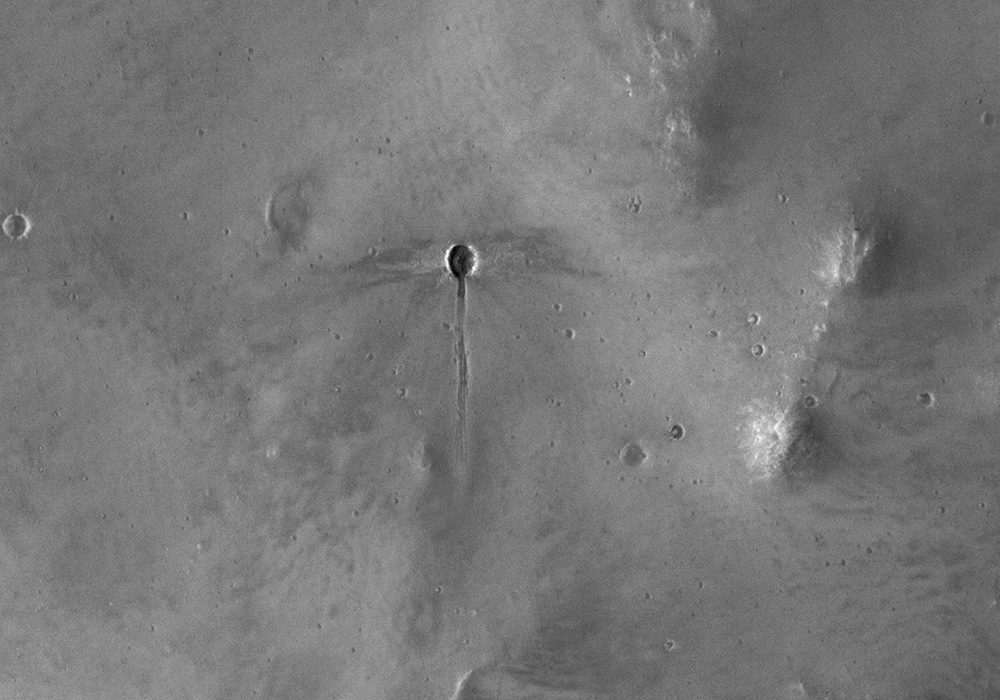