A Field of Secondary Craters

This observation shows a secondary crater field, which form when material ejected from a larger impact event impacts the Martian surface. One impact event, depending on the size of the impactor, can form hundreds of millions of secondary craters at essentially the same time.

Primary craters (those created directly from an impactor from space) can be the same size as secondary craters, which makes dating surfaces based on the number of accumulated craters difficult to near-impossible. Secondary craters are distinguished from primaries based on their morphologies. They are sometimes irregularly shaped, as seen in this image, because they form at relatively low velocities. The velocity of the impactor determines a craters size, shape, and depth, with lower energy impacts forming shallow, less-developed craters and higher energy impacts forming deeper, more regular craters.

Secondary craters often occur in clusters, as seen here, as a piece of ejecta breaks up before hitting the surface. Primary craters form at random locations globally. Secondary clusters are more likely to be found in groups because of their formation mechanism. 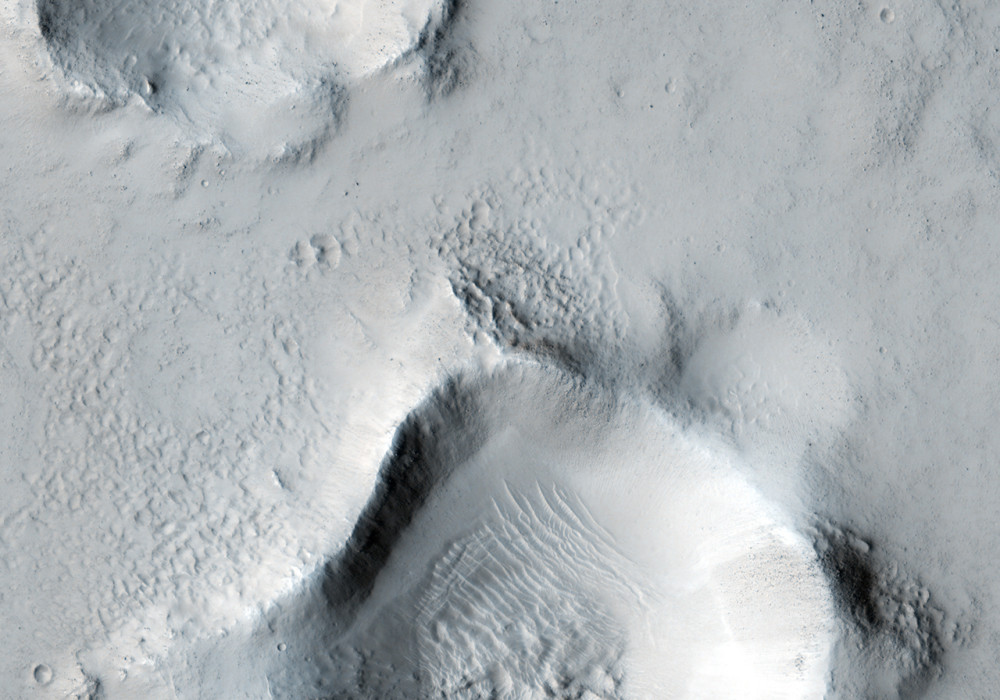