A Forest of Channels on the South Polar Layered Deposits

A series of regularly-spaced, branching channels is present near the top of this image of multiple exposures of the south polar layered deposits .

This image was taken towards the end of summer at the South Pole, so all of the seasonal carbon dioxide frost has disappeared from the surface via sublimation (transition from a solid to a gas). See the color subimage for a closer look at a few of the clusters, each about 300 meters (or 1/5 mile) long.

The regularity of these features may suggest something about the thickness of ground ice deep below the surface. Certainly, the features we see at the surface are providing clues to what’s going on underneath! 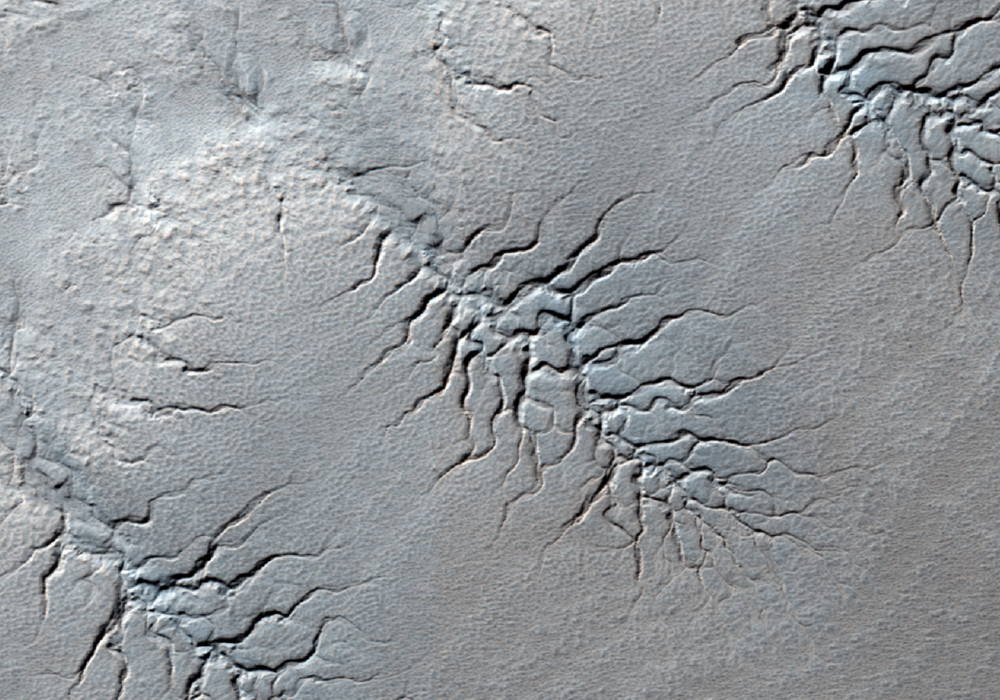