A Fresh Shallow Valley Transitions to an Inverted Channel

This image shows a portion of a long valley system in northern Arabia Terra. The valley must be relatively young because it cuts through the ejecta of an impact crater that still retains it entire ejecta blanket, indicating the crater is also fairly young and fresh.

The valley is interesting because it transitions to an inverted channel near its end point. Inverted channels form when a valley fills with materials. Later, erosion removes the surrounding terrain leaving behind higher standing and more resistant material that filled the valley. 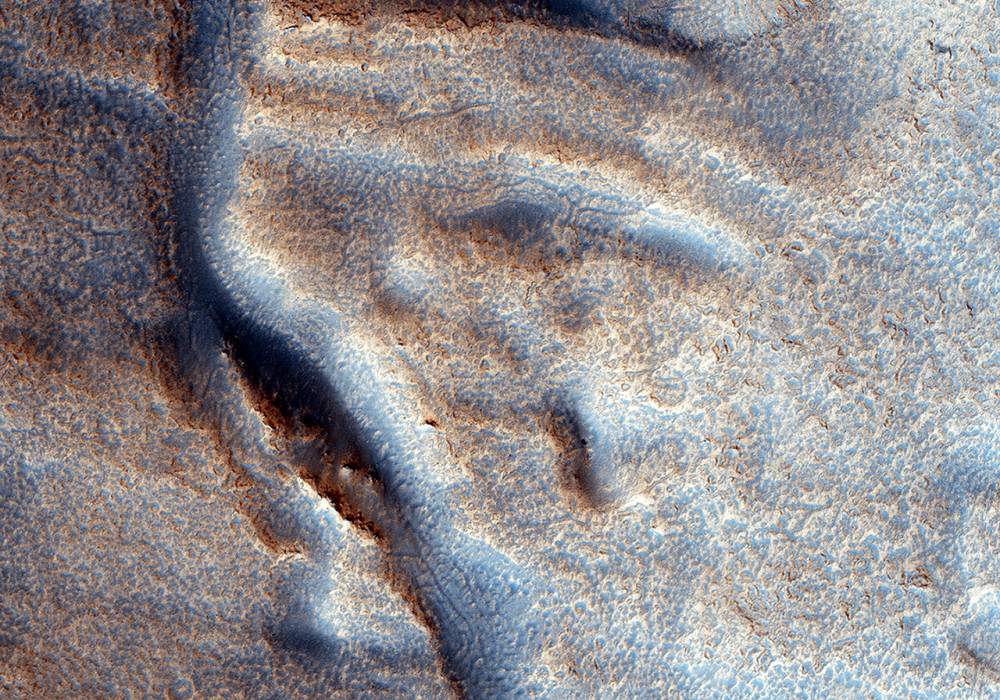