The arc of hills in this image is the rim of an old and infilled impact crater. The sediments that were deposited within the crater have since formed polygonal cracks due to repeated cycles of freezing and thawing. The process of polygon formation is common at these polar latitudes, but polygons are not always as striking as they are here. In this image, the polygons have been highlighted by persistent frost in the cracks. 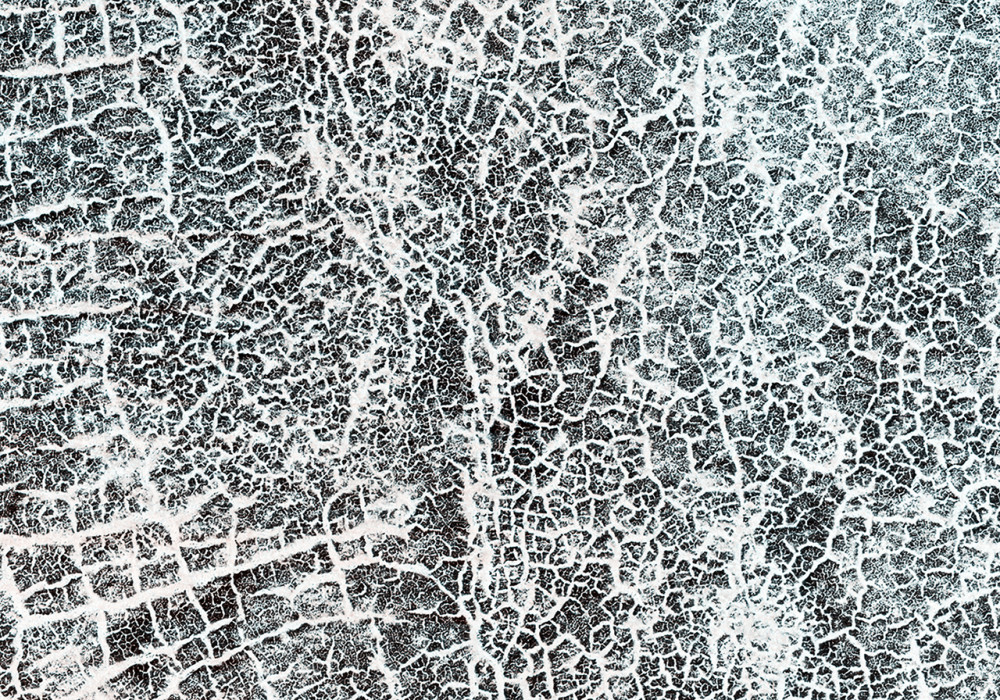