A Heart in Ascraeus Mons

What is this strange-looking feature? HiRISE scientists first noticed it in images from the Context Camera and acquired this picture to investigate more closely.

The feature indeed does look like a heart . It is located south of Ascraeus Mons, which is a large volcano within the Tharsis volcanic plateau, so it is extremely likely that this feature was formed by a volcanic process. The feature rises above the surrounding terrain and we can see concentric ridges on its top. Perhaps this feature is an ancient vent structure (an opening in the ground from which volcanic lava emerges) that has been more resistant to erosion than the surrounding area, so that it resembles “inverted” terrains.

Topographic inversion or inverted terrain often occurs when low areas of a landscape become filled with lava or sediments that harden into materials which are more resistant to erosion than the materials that surround them. Differential erosion then removes the less resistant surrounding material, leaving behind the younger resistant material which may then appear as a ridge where previously there was a valley, or in our case, a butte, where there was once a pit or depression.

Additional imaging of the feature to create a stereo and a digital terrain model may help in further assessing the structure by making accurate measurement of its height and the steepness of its slopes. 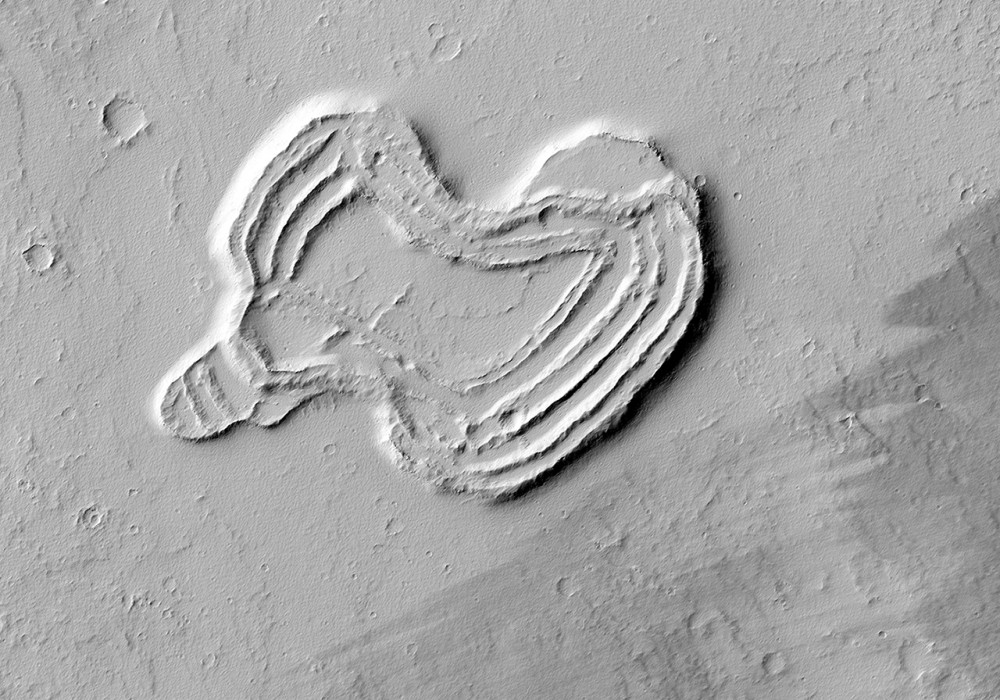