This 2.5-kilometer diameter crater has been significantly altered from the usual bowl-shaped appearance we associate with craters. Material has covered significant portions of the ejecta and filled in the crater. This fill material has since been subject to erosion— like boulders weathering out of the slopes —and the crater rim is also highly irregular. 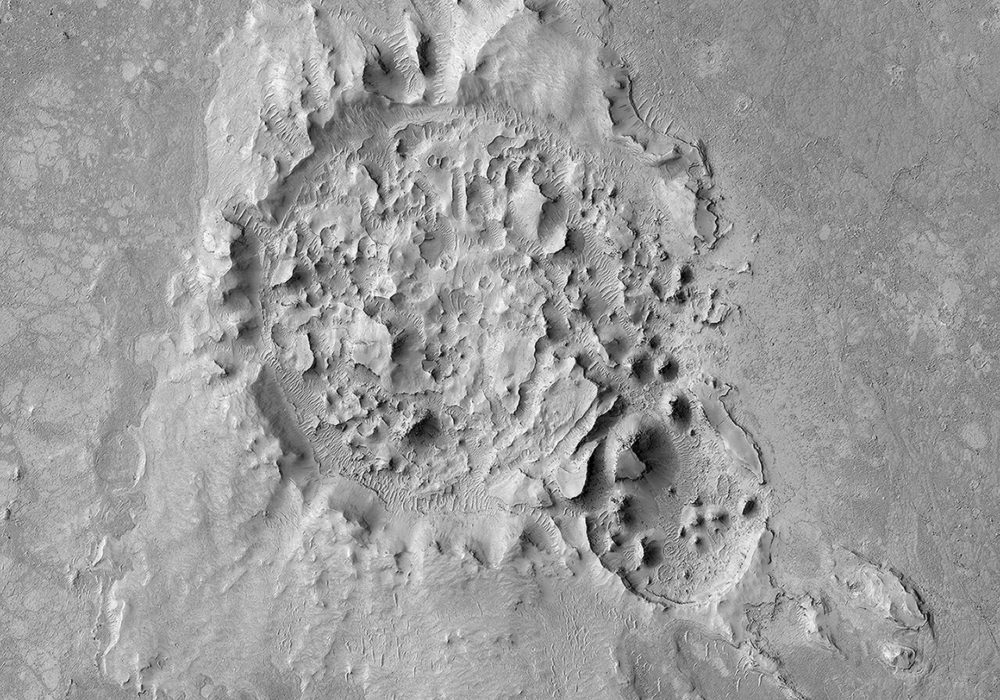