A Landing Site in Ladon Vallis

One of the important tasks HiRISE has is to image potential landing sites for future rovers. A landing site must have relatively mild terrain so that the vehicle can land successfully, but it must also contain interesting places to study.

We can imagine that a rover landing here would take a look at the bright patch of ground, to study its composition: were the minerals formed in the presence of water? It might spend some time checking out the rocks excavated out of the small crater to study the minerals just below the surface, tossed out when the impact took place. 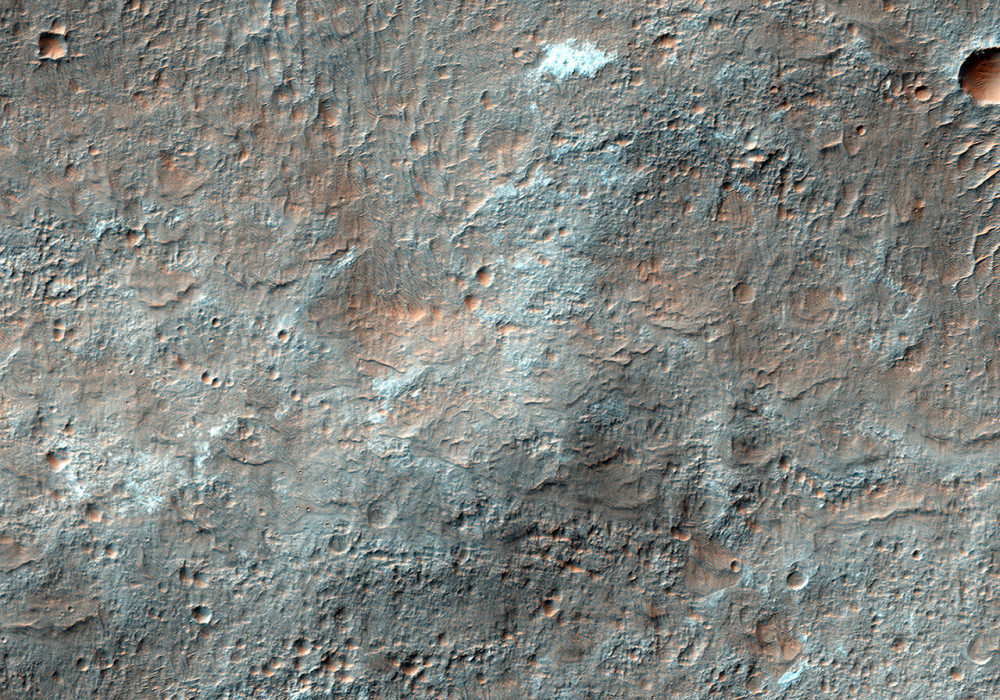