A Large Crater in Meridiani Planum

With a diameter of 4-kilometers, it’s the largest crater in the region other than Endeavour Crater (22 kilometers). It’s also a little more than 5 times larger than Victoria Crater (0.75 km), which Opportunity spent nearly 2 years investigating from 2006-2008 (compare with TRA_000873_1780 ).

What makes it worth checking out? This crater is much older than Victoria Crater. Compare the smooth, rounded rim of this crater to the jagged edge of Victoria’s actively-eroding rim. In comparison with Victoria, this crater is much more filled in by sediments , and its rim is more planed off by erosion. Despite the difference in age and scale, these two craters, and most such craters in Meridiani Planum, have much in common. Both craters have exposed bedrock layers along the rim, a field of bright ripples on the crater floor, and dark sand that has piled up along the north inner crater rim and that extends to the northwest on the plains beyond the crater. 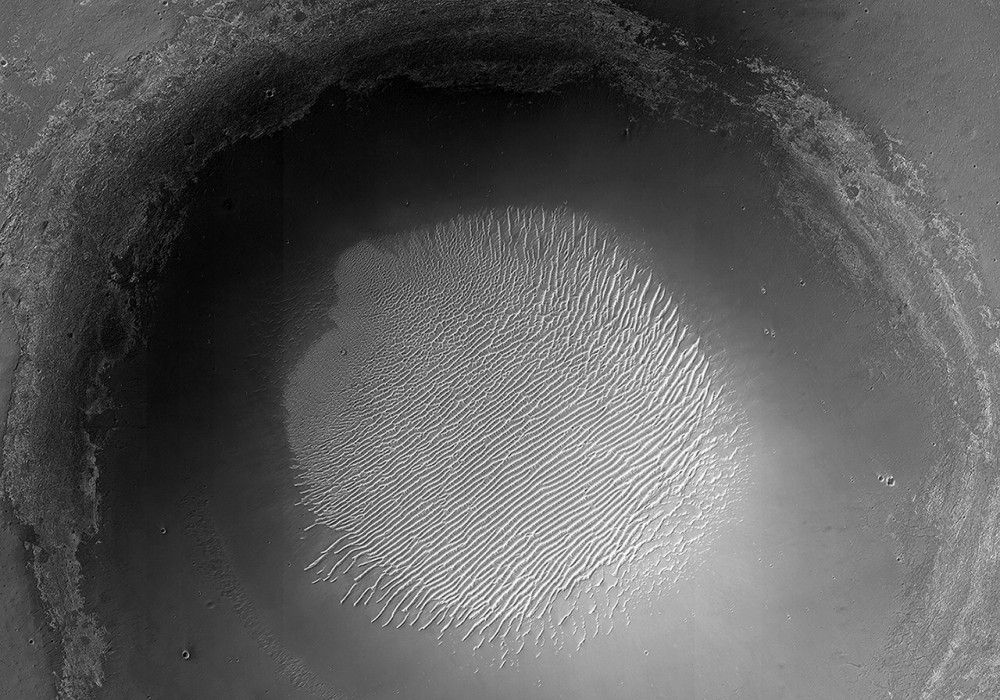