Taken in late southern spring and when Mars is near perihelion (closest distance to the Sun), this image shows the effects of dry ice sublimation on a longitudinal dune in the far Southern hemisphere. The bright patches on the dune are still covered in frost, and the dark regions are frost-free.

Longitudinal dunes form when the wind switches between two common directions* . Based on the direction of this dune’s long crest and the orientation of the smaller ripples, it appears the wind blows from the east and from the northwest. However, it would require taking multiple HiRISE images of this location over time and noticing movement before we could say this definitively.

The broad base of this dune may indicate that dune sand has spilled out from areas once covered in ice.

During the next Martian Southern hemisphere winter (about half a Mars year or one Earth year from when this image was taken), this dune will again be covered in frost and possibly solid carbon dioxide ice, unable to blow in the wind until the volatiles begin to sublimate in the spring.

*These are ripples indicating a wind out of the north/northwest. The scene is 250 m across. 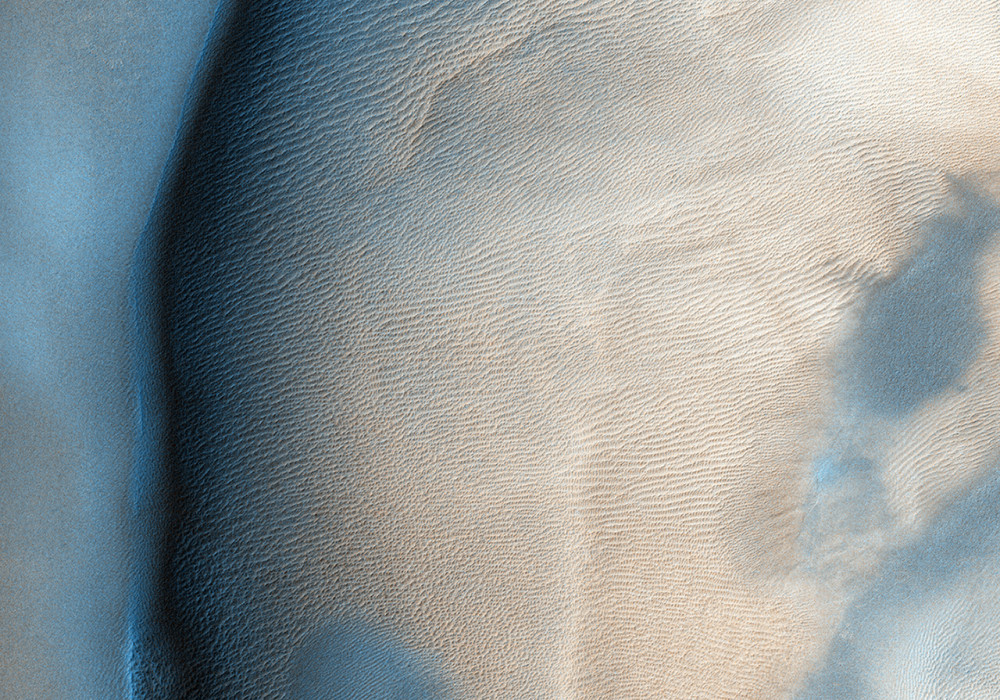