The objective of this observation is to examine a light-toned deposit in a region of what is called “chaotic terrain” at the base of the Valles Marineris canyon system.

The deposit displays a rough surface, in contrast to the smoothness of the surrounding area. Some parts of the surface appear as if they were eroded by a fluid flowing north and south, or perhaps sculpted by the wind. This area is also visible in a Context Camera image (P04_002747_1736). This deposit may be related to interior layered deposits in the Valles Marineris where it’s been suggested to have formed in an ancient lake. 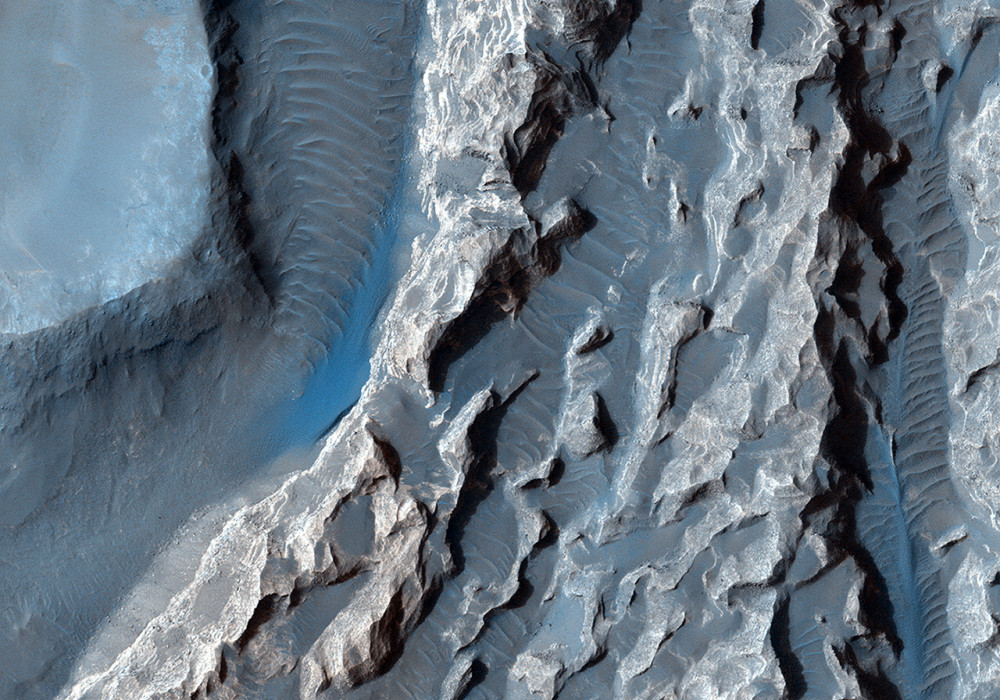