A Mass of Viscous Flow Features

Viscous, lobate flow features are commonly found at the bases of slopes in the mid-latitudes of Mars, and are often associated with gullies.

These features are bound by ridges that resemble terrestrial moraines, suggesting that these deposits are ice-rich, or may have been ice-rich in the past. The source of the ice is unclear, but there is some thought that it is deposited from the atmosphere during periods of high obliquity, also known as axial tilt.

The flow features in this image are particularly massive and the bounding scarps appear very high standing and are layered as well. Take a look at the stereo anaglyph for a 3D view . 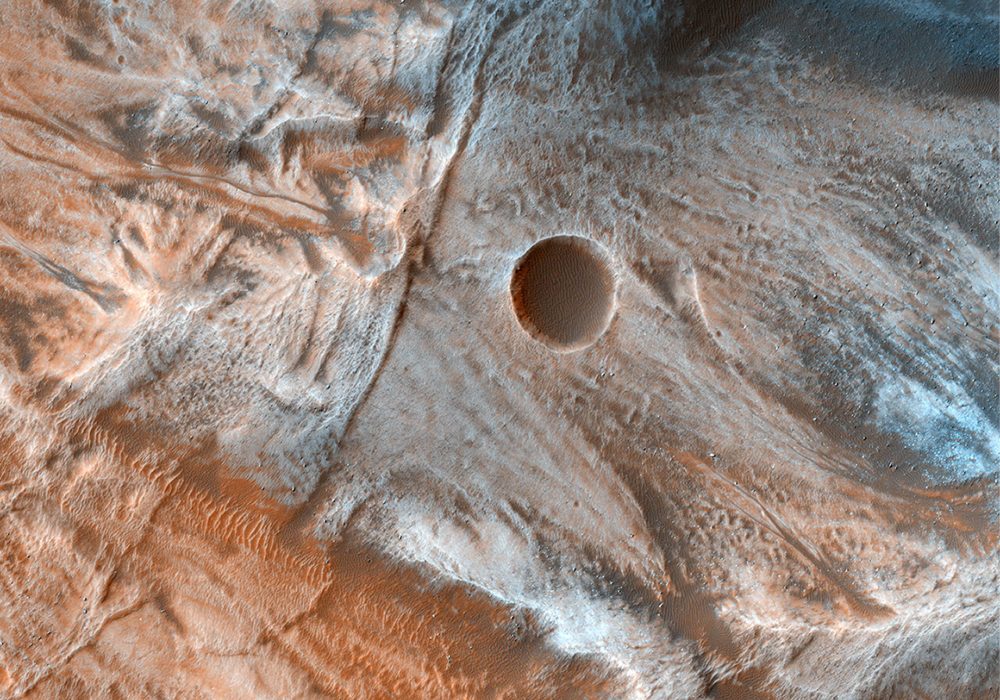