A Meandering Channel on Hellas

The central portion of this image features a mildly-winding depression that was carved by water, likely around four billion years ago shortly after the Hellas basin formed following a giant asteroid or comet impact.

Water would have flowed from the uplands (to the east) and drained into the low-lying basin, carving river channels as it flowed. The gentle curves—called “meanders” by geomorphologists—imply that this paleoriver carried lots of sediment along with it, depositing it into Hellas. 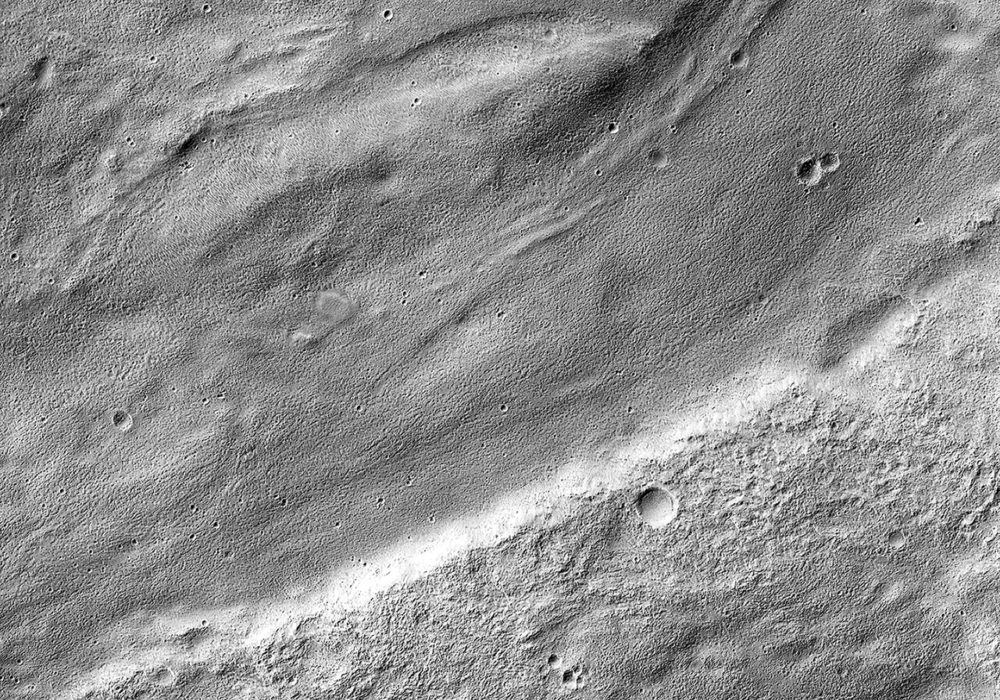