A Network of Dust Devil Tracks

The entire area in this image has been recently crossed by multiple dust devils. This area was probably initially covered by a layer of bright dust.

Dust devils (small tornado-like vorticies common in many places on Mars) then lifted the dust into atmospheric suspension as they moved along the surface, exposing darker, less dusty material below. Some areas in this image have more boulders than others, but the dust devil tracks cross them without being much affected. 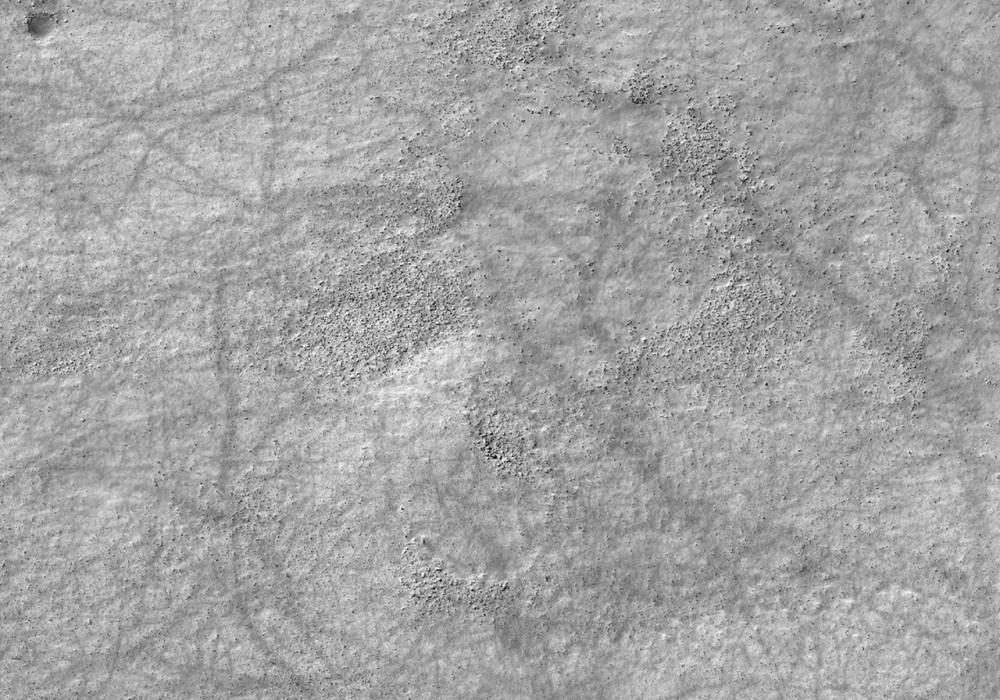