Gully, or ravine, landforms are commonly found in the mid-latitudes on Mars, particularly in the Southern highlands. These features typically have a broad upslope alcove, feeding into a channel and apron of debris that has been carried from above.

HiRISE has discovered many examples of activity in these gullies, likely driven by seasonal carbon dioxide (dry ice) frost. Images to look for such changes have been key targets for HiRISE in recent years, as we seek to understand the full range of surface processes that are active today.

This area was targeted to look for changes in gullies previously covered by ESP_020051_1420 and ESP_013115_1420 . Comparing the newer and older images, we see that a substantial new channel formed sometime between November 2010 and May 2013. Material flowing down from the alcove broke out of the old route, eroded a new channel, and formed a deposit on the apron.

Observations like this show that gullies are forming today. Although we cannot pin down the season of this event, locations where HiRISE has been able to image more often demonstrate that this sort of event generally occurs in the winter, when liquid water is very unlikely. Despite their resemblance to water-formed ravines on Earth, carbon dioxide may play a key role in the formation of many Martian gullies. 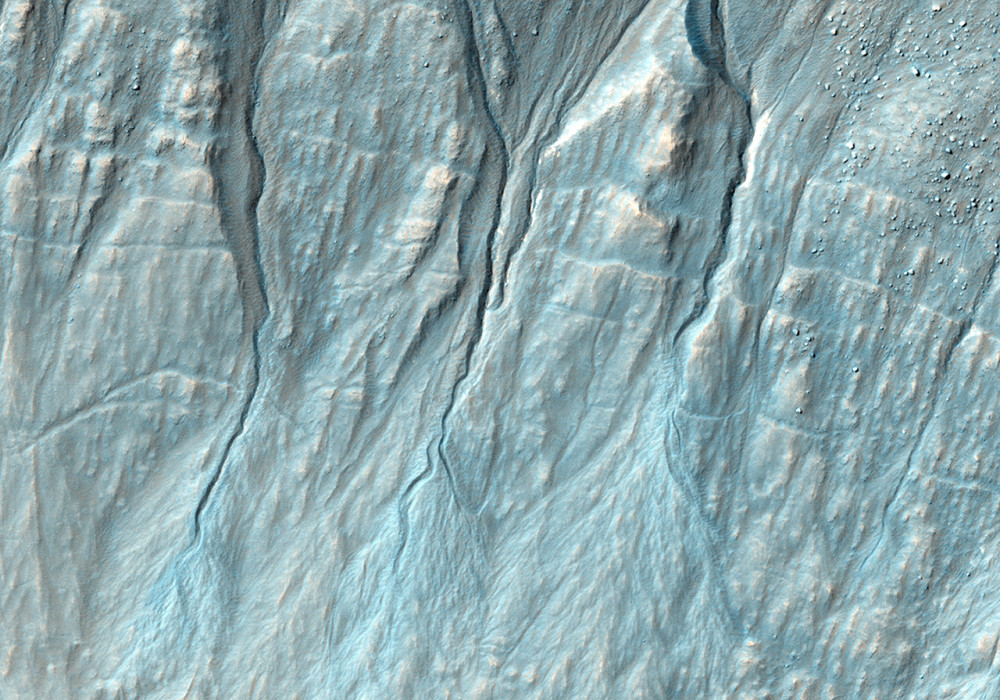