What’s unusual about this site is that it isn’t as dusty as most places where new impacts are discovered. Often the airblast disturbs the dust to create a dark spot much larger than the crater and its ejecta, so the new impacts are most easily discovered over dusty terrains.

The dark ejecta is obvious while the larger dark spot here is subtle, but detectable in the CTX image. There is a tight cluster of craters rather than a single crater because rocky bolides often break up in the Martian atmosphere. 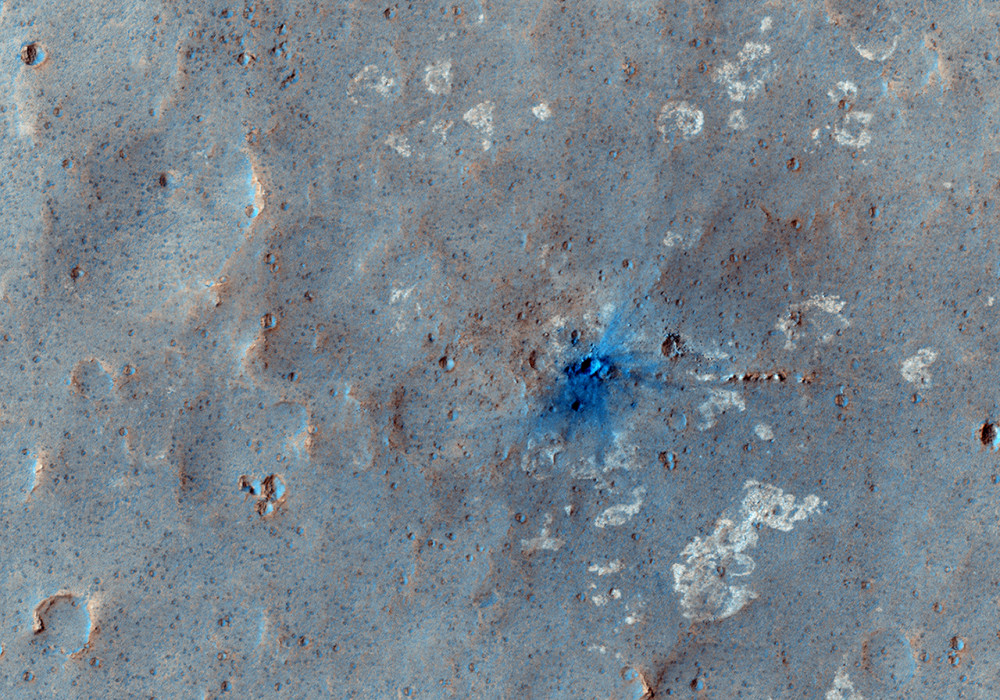