A Nine Kilometer Impact Crater and Its Central Peak

This image reveals an impact crater, nine kilometers in diameter, with a central peak. Impact craters of various sizes and ages can be found across the Martian surface. Each impact crater on Mars possesses a unique origin and composition, which makes the HiRISE team very interested in sampling as many of them as possible!

Like the impact of a droplet into fluid, once an impact has occurred on the surface of Mars, an ejecta curtain forms immediately after, contributing to the raised rim visible at the top of the crater’s walls. After the formation of the initial crater, if it is large enough, then a central peak appears as the surface rebounds. These central peaks can expose rocks that were previously deeply buried beneath the Martian surface.

The blue and red colors in this enhanced-contrast image reflect the effects of post-impact sedimentation and weathering over time. 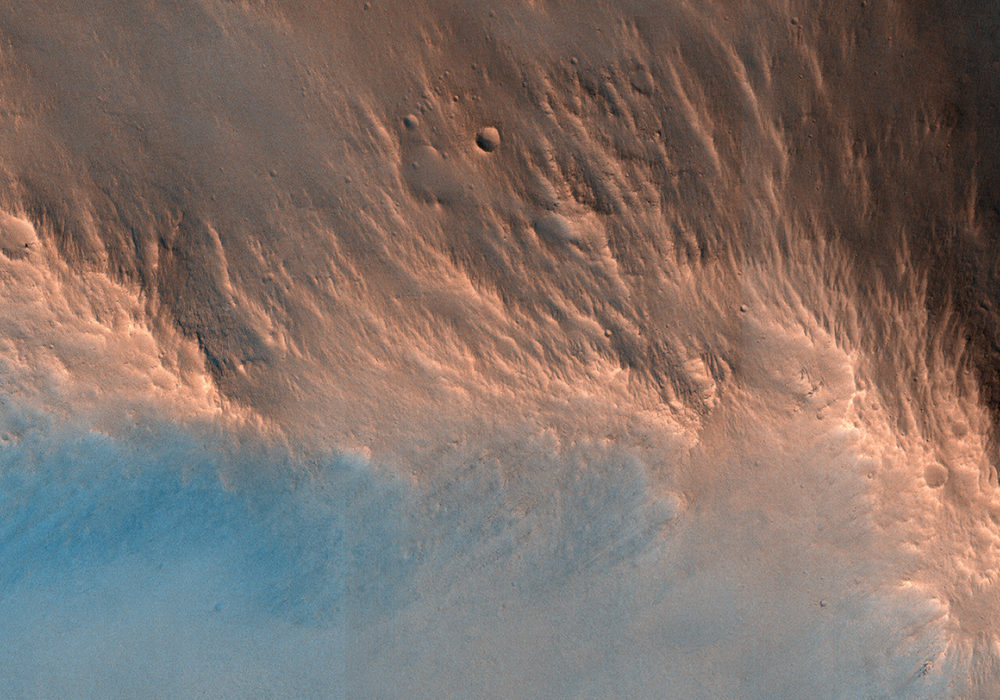