A One-Kilometer Crater on the Floor of Saheki Crater

The western portion of this crater is covered by alluvial fan-like deposits that emanate from channels that cut into the crater rim. This HiRISE image— indicated by a white box atop of a colorized THEMIS temperature image of Saheki —was taken just east of the central uplift, where vividly colored materials now lie exposed in a kilometer-sized crater.

An enhanced color infrared image shows a close-up of the 1-kilometer crater and its contents. The wall of the crater shows a rainbow-like array of bedrock and deposits. Much of this material has been eroded over time and has slumped downwards towards the crater floor, leaving behind chalk-like streaks of color. We can also see reddish and dark-toned layered deposits to the south now covered by the crater’s green-toned ejecta. 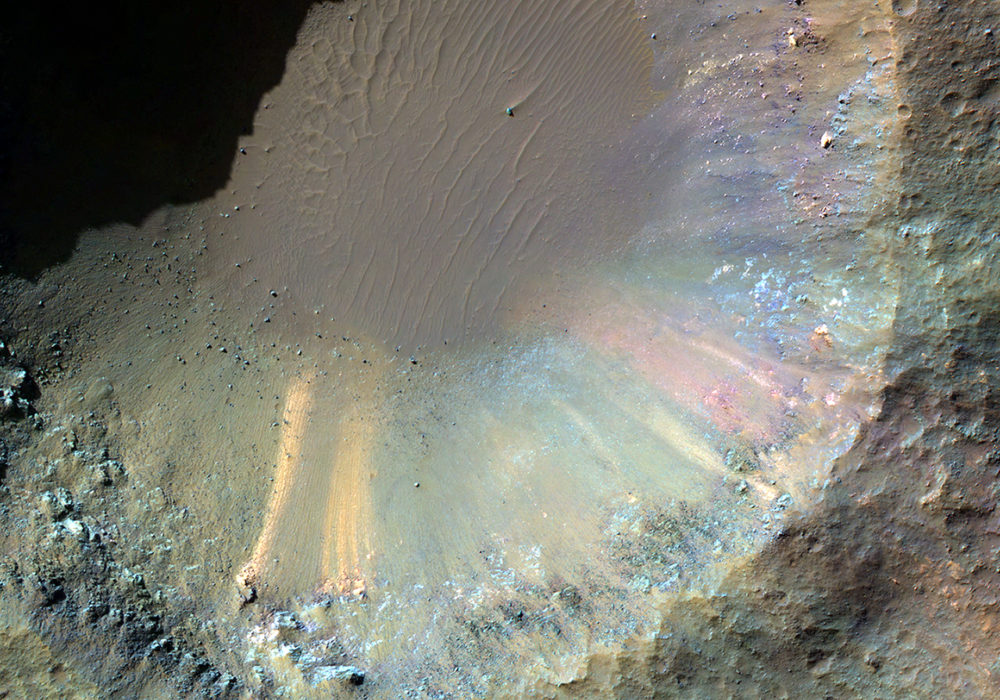