This image shows the northern rim of a crater in Deuteronilus. At the northern end, we see the crater rim and ridges inside and below that rim. A channel set is entering from the west and passing through a notch in a ridge. Topographically below that notch, overlapping lobes spread over the crater floor .

Fan-shaped lobes likes these are also in the desert southwest of the United States, and are called “alluvial fans.” They are caused when streams that carry sediment in a confined channel open up onto a plain or wide area, and deposit their sediment just outside of the channel mouth. 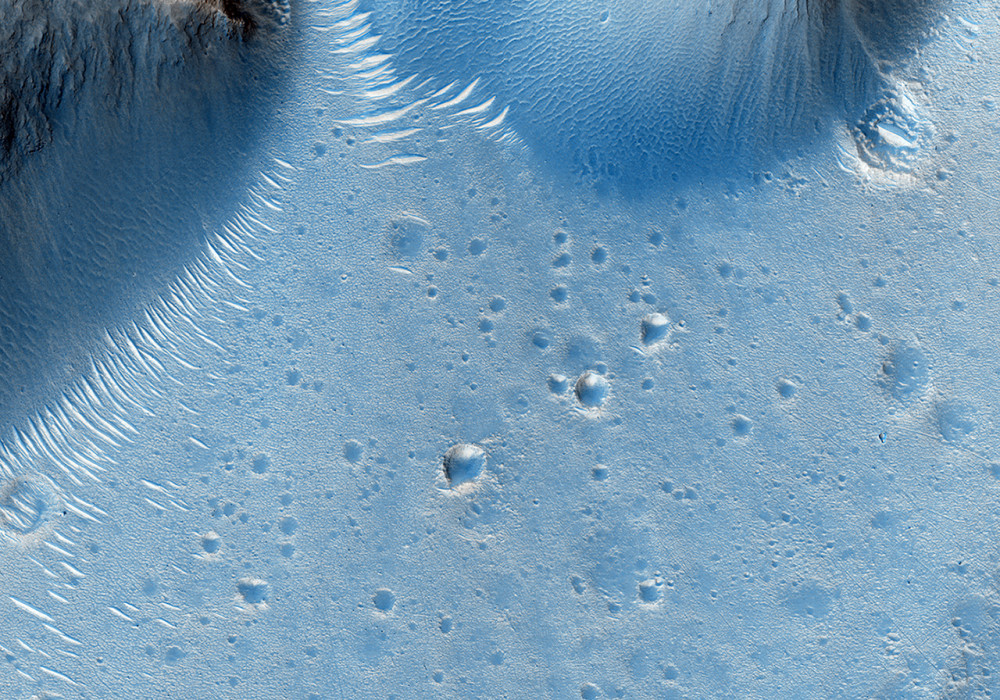