A Possible Landing Site for the ExoMars Rover in Aram Dorsum

This image is part of a proposed landing site for the ExoMars Rover, planned for launch in 2018.

We can see how an upper layers of light toned sediments have been eroded , leaving a lower surface which appears dark. The retreating sediment scarp slopes would be an important target for the rover if it ends up going to Aram Dorsum.

The retreating scarps will be relatively recent compared to the ancient age of the terrain. That means that organic compounds—which is what ExoMars is designed to drill to 2 meters depth and analyze—will not have been exposed to the full effects of solar and galactic radiation for their entire history. Such radiation can break down organic compounds. Prior to this later erosion, the rocks formed in the ancient, Noachian era as alluvial deposits of fine grained sediment. 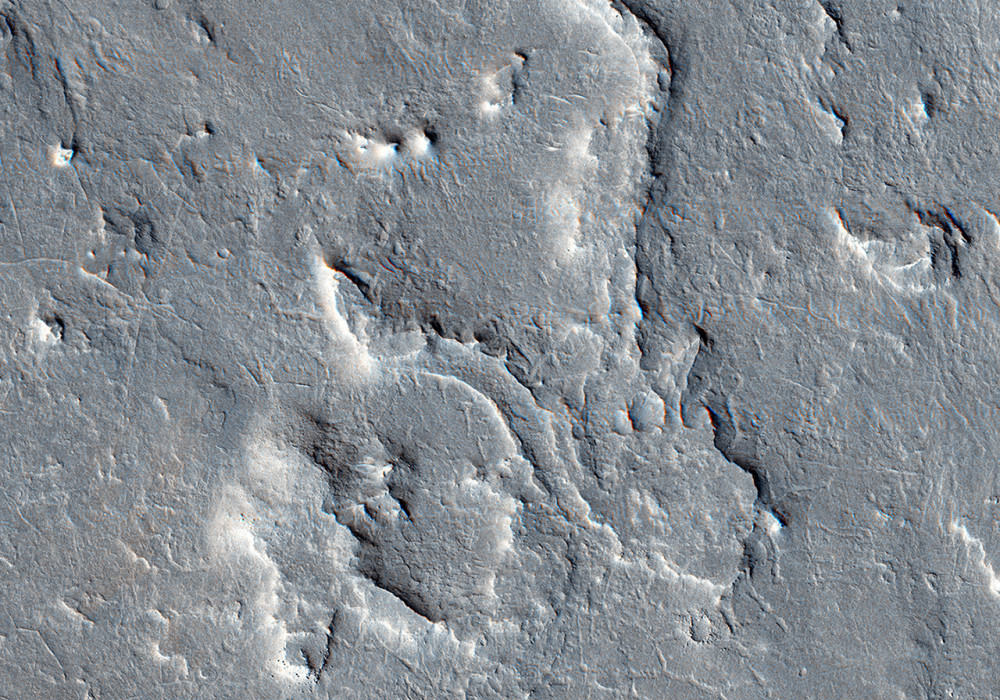