HiRISE has seen concentric forms in craters before, like ESP_018522_2270 , , or PSP_003398_1910. However, the one present in this image seems like a very good candidate for a serendipitous second impact right in the middle of a pre-existing crater.

Unlike the forms in ESP_018522_2270, it appears here that the small crater in the center of the image has thrown out ejecta, including some boulders. Additionally, the one kilometer (a little over half a mile) central crater looks fresher (and therefore more recent) than the larger (7 kilometer, or not quite 4.5 mile) crater, which is heavily eroded. The smaller feature also appears to have a raised rim, as would be expected for an impact crater, but not for a central pit produced by a single impact into a layered target. Although newer craters are frequently found inside older craters, this sort of bull’s-eye second impact is rare.

The subimage shows the rim of the central crater at full resolution. In this image, you can see boulders on the outside of the rim that are likely ejecta. Also visible are boulder tracks on the crater wall, formed as blocks on the rim tumbled down the slope. 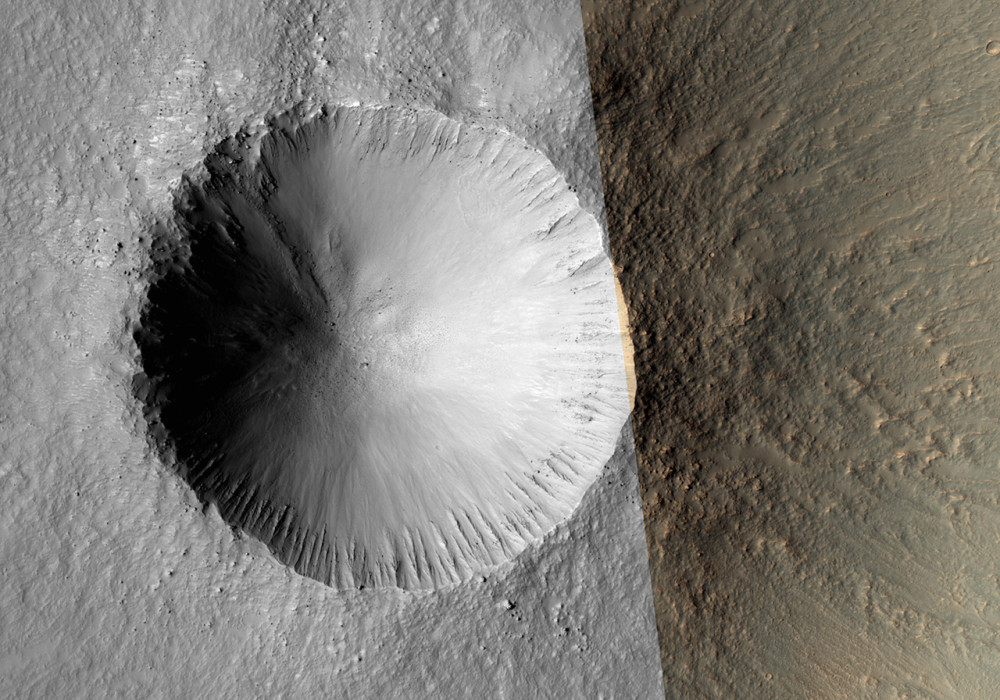