A Revealing Landslide in Hebes Chasma

This image shows a prominently stratified transect through the rock of a mountain of material in the middle of Hebes Chasma.

The knobby material showing several lineations in the center of the scene may be remnants of landslides that exposed these tall, steep slopes in this image and just off-scene to the west. Mid-way up the slope (and to a lesser extent all the way up to the top) a series of alternating lighter and darker bands can be traced running east-west across the ridges and troughs of the outcrop. Just below this, dark material is eroding off of the slope, moving downhill, and collecting in fans at the base of the cliff.

Exposures of layered rock like these are helpful in determining the types of geologic processes that have occurred at an area over time, and the landslide and fan deposits tell of how the region is being eroded more recently, including today.

This observation was the winning entry by Jon Green for the BBC’s Sky at Night program, where viewers were challenged to submit a potential target for HiRISE to image, using our public HiWish program. 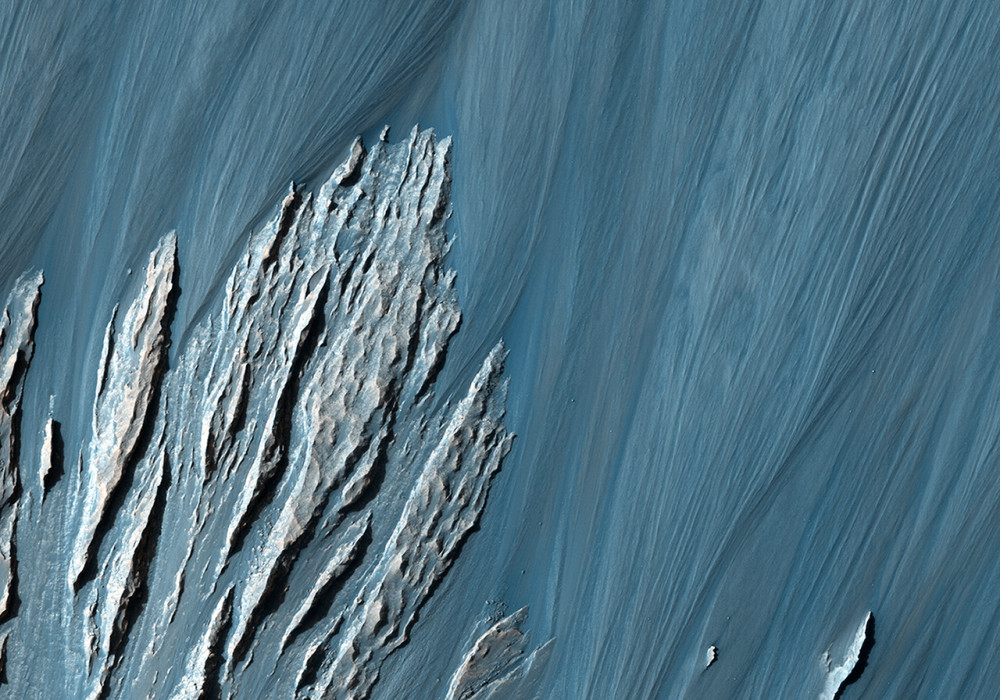