A Spectacular New Impact Crater and Its Ejecta

Context Camera (CTX) images showed a likely new impact crater formed at this location between July 2010 and May 2012, and now a HiRISE image provides details about this recent impact event.

Our image shows a large, rayed blast zone and far-flung secondary material around an approximately 30 meter-diameter crater, indicating a large explosion threw debris as far as 15 kilometers in distance. Because the terrain where the crater formed is dusty, the fresh crater appears blue in the enhanced color due to the lack of reddish dust.

By examining the distribution of ejecta around the crater, scientists can learn more about the impact event. 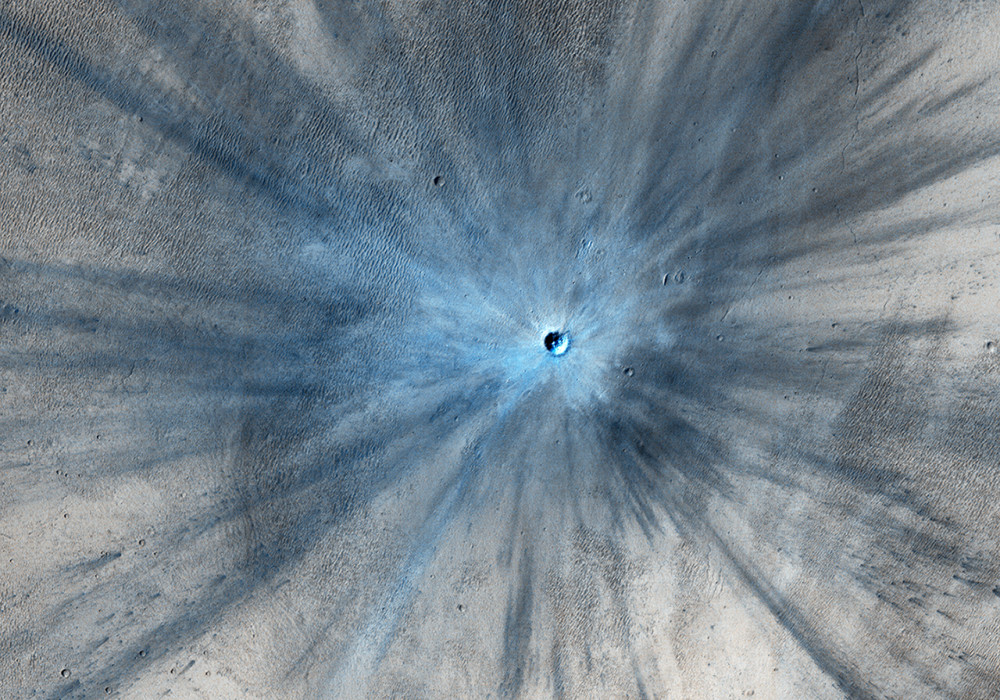