A Surprise Landslump in Melas Chasma

HiRISE has been monitoring the recurring slope lineae (RSL) over the mid-latitude and equatorial regions of Mars. One of these sites is a crater on the floor of Melas Chasma; and an animation shows how the RSL follow the sun , changing slope aspect with the seasons.

In one of our most recent images of this site, there was a surprise: a new dark streak just down slope from the RSL. This new streak is about 18 meters wide, whereas most RSL flows (see closer to the crater rim) are less than 5 meters wide. Closer inspection shows that the dark streak corresponds to a topographic slump, similar to several others visible on this slope.

This is one of the largest topographic changes we’ve seen in equatorial regions of Mars. We are continuing to monitor this location to see if this streak fades in the same manner as RSL, and to understand its relationship, if any, to the RSL activity. If the RSL are due to seeping water, then saturation of a layer downslope could destabilize the slope and lead to such slumps. We continue to be surprised by new discoveries from the Mars Reconnaissance Orbiter after 8 years in orbit. 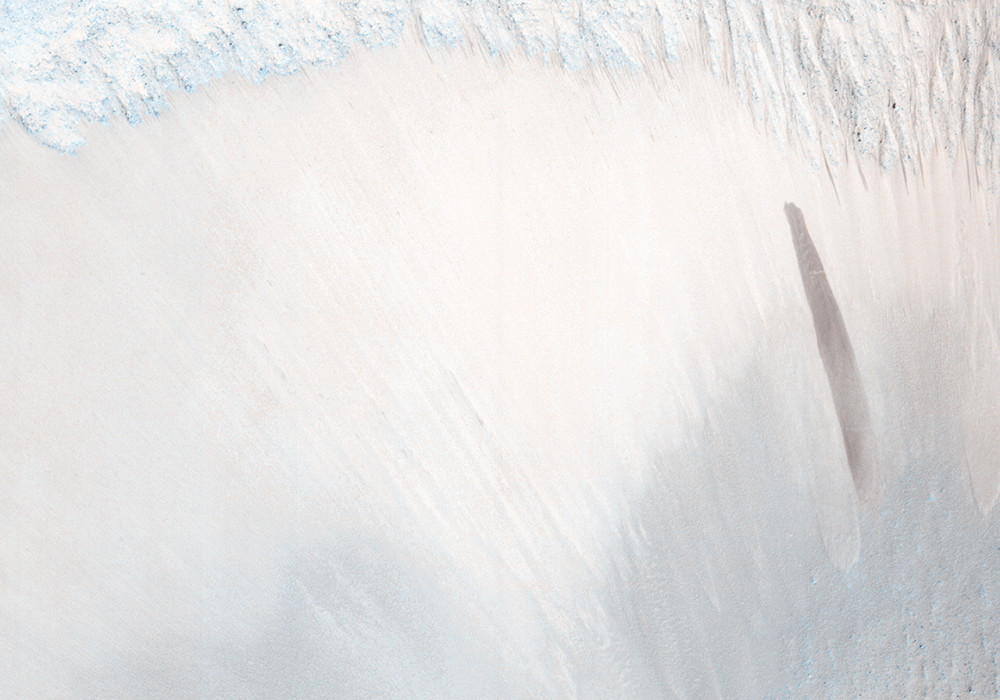