A Tale of Two Flows

This image was taken in one of the regions on Mars well-known for its viscous flow features (VFF), which are massive flowing deposits believed to be composed of a mixture of ice and dust similar to glaciers on Earth.

In this particular region, an impact event occurred creating ejecta deposits that also appear to flow (probably because of their similarly ice-rich composition), and interact with the flows from the VFF. Looking closer , we can see that the VFF deposits (on the right) appear to be rougher in appearance than those of the impact ejecta.

We will need to study this image in more detail to understand how these flows have interacted with each other and what can they tell us about their composition and their flowing behavior properties. 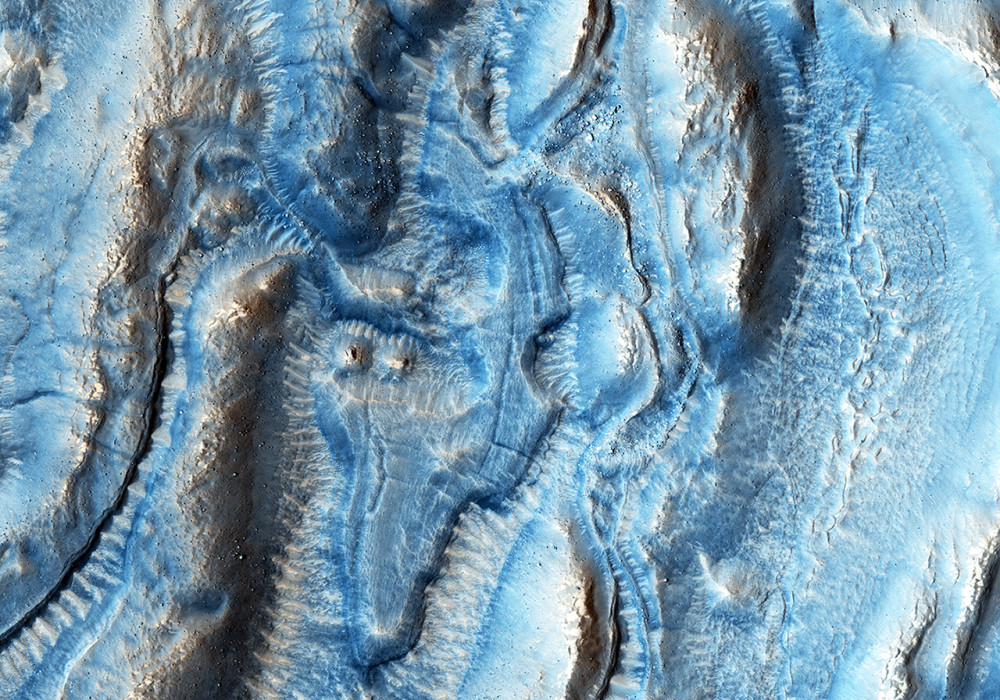