A Trough within Ladon Basin

This image shows an approximately 2-kilometer wide trough within Ladon Basin. This trough, and others around the perimeter of the basin, were probably produced during the gradual sinking of the materials here.

The basin formed during an epoch in Martian history called the Noachian period , and may have harbored a lake based upon the fluvial valleys that flow into it. If a lake once existed here then the trough is a window that could expose any sediments deposited within the lake, making this an exciting image to explore. 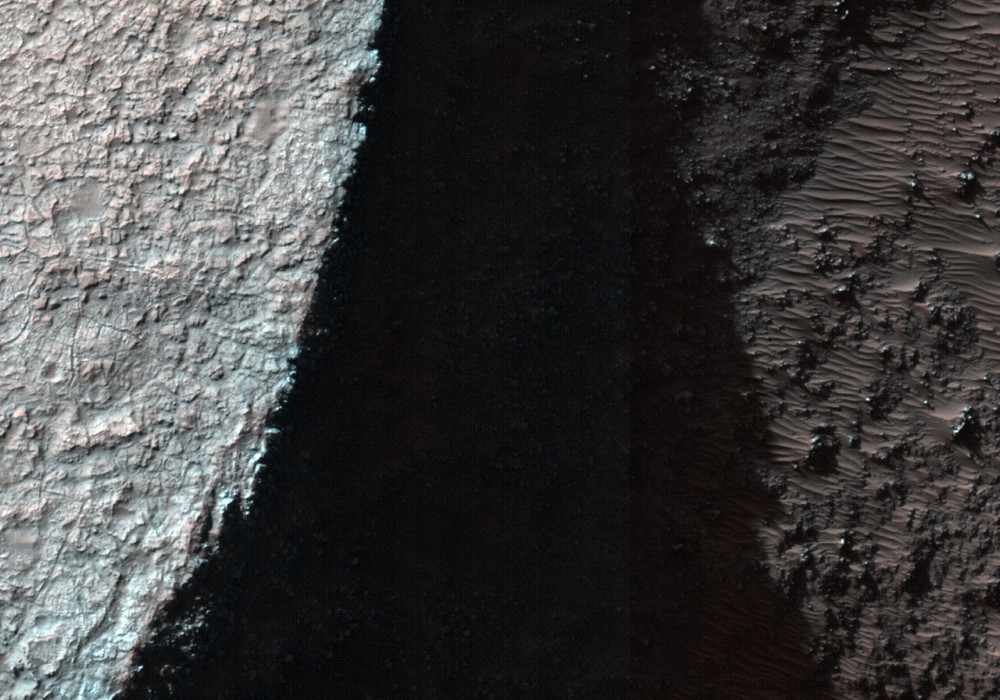