A Unique View of Curiosity Rover in Yellowknife Bay

This image was acquired with a large spacecraft roll to the east when the subsolar latitude was -7.26 degrees, close to the latitude of MSL (-4.6 degrees), resulting in an image with the sun, the MRO spacecraft, and the MSL Curiosity rover on the surface all aligned in nearly a straight line (phase angle of just 5.47 degrees).

This geometry hides shadows and better reveals subtle color variations. With enhanced colors , we can view the region around the landing site and Yellowknife Bay. The rover is the very bright spot near the lower right. The rover tracks stand out clearly in this view, extending west to the landing site where two bright, relatively blue spots indicate where MSL’s landing jets cleared off the redder surface dust. 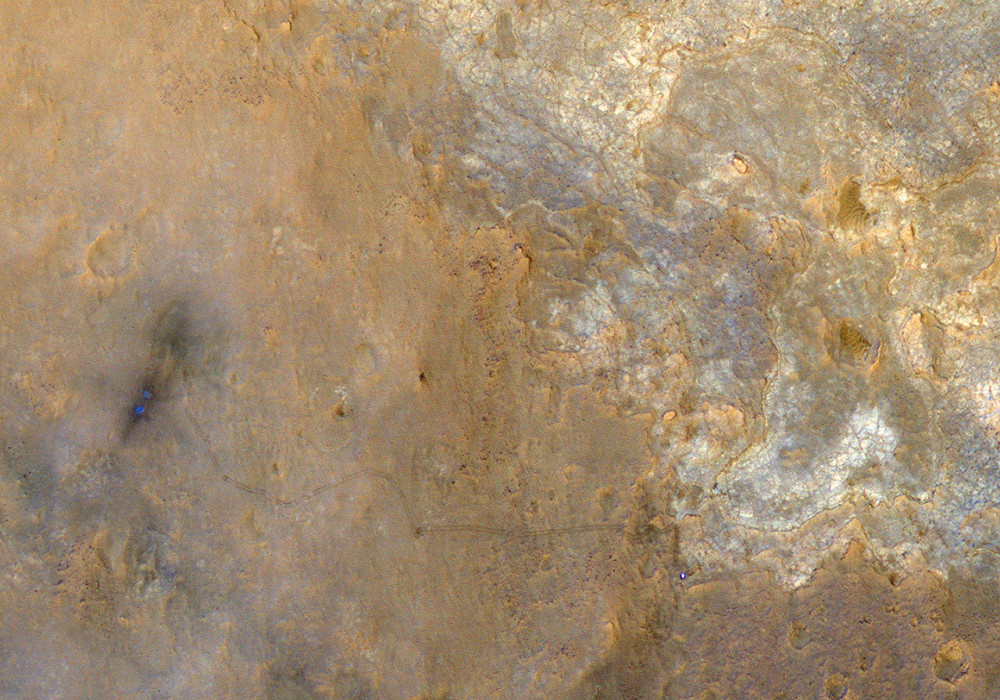