Although Mars is known for having the largest volcano in our Solar System, Olympus Mons, we also find small-scale volcanic features on its surface.

This fissure, less than 500 meters across at its widest point , lies in the Tharsis region and is believed to be a vent from which lava flowed in ancient eruptions.

The total volume of lava released from this fissure is much less than what would erupt from nearby volcanoes, but the mark left on the landscape is dramatic nonetheless. 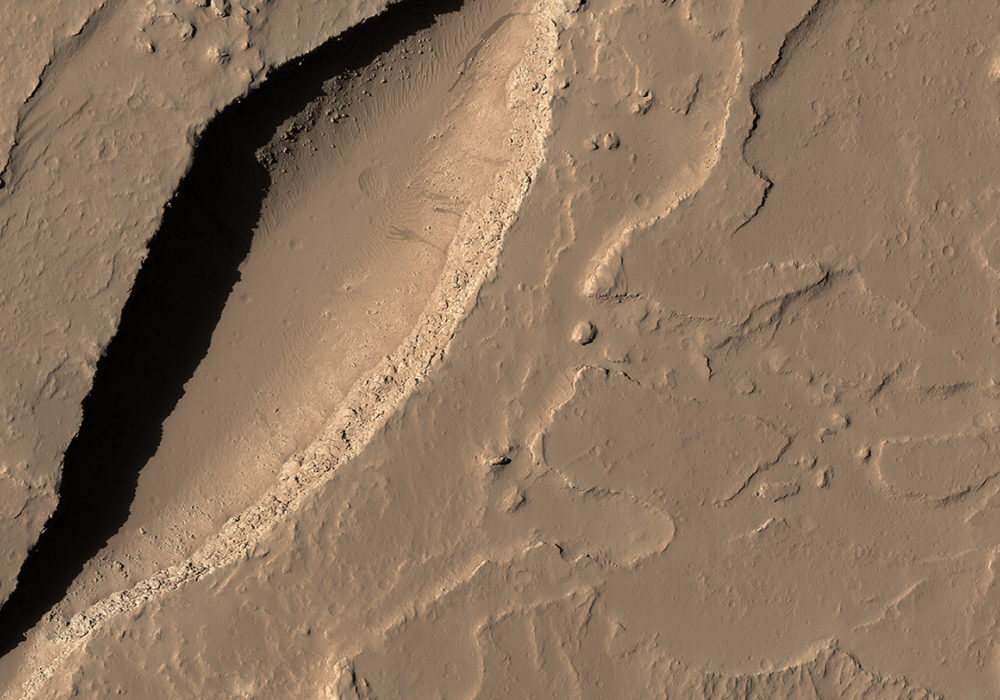